The Cabinet approve the plans to be part of a combined fire authority with Hampshire, Portsmouth and Southampton. The final decision will rest with the Home Secretary, and not expected to be made until the autumn. 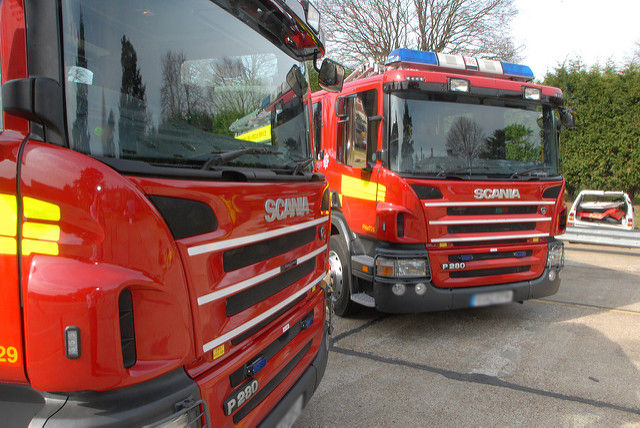 Plans to create a combined fire authority (CFA) for the Isle of Wight and Hampshire have been unanimously backed.

Members of the Isle of Wight Council’s Cabinet tonight (Thursday) voted in support of creating a new authority, which will be responsible for fire and rescue services on the Island and in Hampshire, including Portsmouth and Southampton.

“The combined fire authority will build on the successful partnership already established between the Hampshire and Isle of Wight fire and rescue services.

“It will enable us to have a simpler governance process and provide access to more resources across both counties.

“The recent inspection by Her Majesty’s Inspectorate demonstrated we are safe and efficient on the Island and this decision will enable us to further improve what is already an excellent service.”

Views were received from staff in both services and people across Hampshire and the Isle of Wight.

“We already share many aspects of the services with Hampshire and these were outlined in the recent report by Her Majesty’s Inspectorate.

“The decision to move towards a combined fire authority will bring us even closer together, making us more resilient, alongside the other operational benefits it will bring.

“Ultimately this is about ensuring our fire and rescue service continues to keep people safe, both now and in the future.

“We will, of course, expect there to be proper and effective scrutiny of the work of a new combined fire authority.”

The final decision to create a new CFA rests with the Home Secretary, which is not expected to be made until the autumn.

Image: SurrryCC under CC BY 2.0