Chris Weston, who sadly passed away earlier this year, was interviewed for a cycling documentary that picked up the prize for Best Documentary at the Portobello Film Festival. 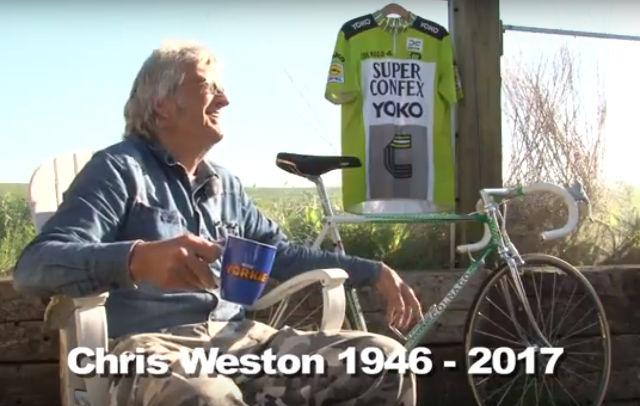 It was with great sadness that we shared news earlier in the summer of the passing of well-known Caulkhead, Chris Weston.

A one-time mechanic on a professional cycling team, Chris had been a huge influence on Isle of Wight’s cycling teams – he was passionate about the sport.

Cycling documentary
So it was no surprise to hear that seasoned editor and cameraman, Dominic Wade, had interviewed Chris back in 2015 for a documentary film he was making about the sport with Rob Wickings.

Dominic got in touch with OnTheWight last month to see if we could help with some information prior to his film – Steel Is Real But Carbon Is Quicker – being screened at the Portobello Film Festival.

We were, of course, happy to help and also pleased to subsequently hear that Dominic’s film picked up the prize for Best Documentary at the festival.

You can see Chris near the end of this progress edit.

Dominic is himself an enthusiastic cyclist, and spends most weekends out on the roads on one of his vintage bikes.

Find out more about the film and other work that Dominic has done by visiting his Website.