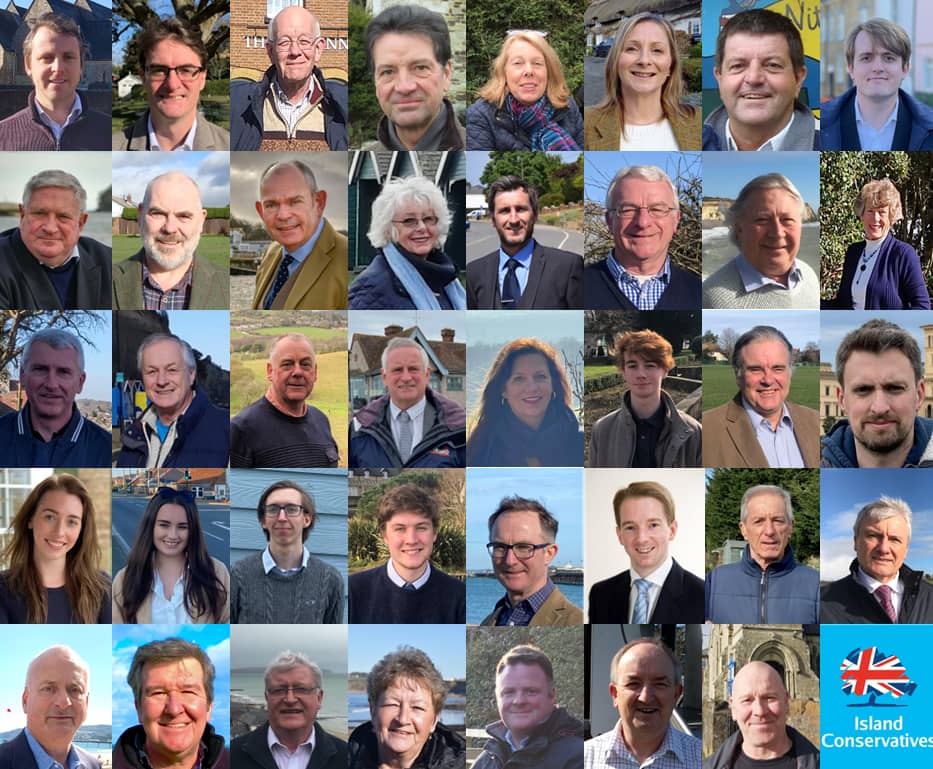 News of the Isle of Wight Conservative’s election campaign is shared below by Dave Stewart, in his own words. Ed

The Island Conservatives are today (Tuesday 13th April) launching their campaign for the Isle of Wight Council elections on Thursday 6th May.

Following a pause in campaigning in recognition of the sad passing of His Royal Highness the Duke of Edinburgh, the 39-strong team of Conservative candidates will – over the coming weeks – be sharing their priorities for both their local areas and the Island as a whole (There will be a brief further break in campaigning on Saturday for the day of Prince Philip’s funeral).

Campaigning in a Covid-secure manner
The Island Conservatives are also committed to campaigning in a Covid-secure manner. As previously announced, it was decided not to undertake door-to-door campaign activity until such time as the “Stay at Home” restriction ended. This was to avoid unnecessary contact and also prevent heightened anxiety amongst older and vulnerable residents.

As the only party on the Isle of Wight to offer a candidate in every ward, the Island Conservatives are giving all voters the opportunity to choose a Conservative councillor to represent them.

Stewart: Continuing to lead the Island to safe, strong recovery from the pandemic
Launching the campaign, Cllr Dave Stewart – the Conservative Leader of the Isle of Wight Council – said,

“Over the past four years, we have steered the local authority – and the Island – through some challenging times, particularly over the past 12 months.

“When we took office in 2017, we inherited a dysfunctional council with “independent” councillors having depleted reserves and refusing to set a budget for the ensuing year. We have now been able to set five lawful, balanced budgets – and ensure a responsible approach is taken regarding the management of public finances.

“Looking to the future, we are focused on continuing to lead the Island to safe, strong recovery from the pandemic – and help get our local economy back on its feet. With 75% of adult Islanders having now received the first dose of the vaccine – and Step 2 of the roadmap out of lockdown now in place – we can look forward to better times ahead.

“We are committed to serving the Isle of Wight as a whole. Other parties may claim to take an interest in our entire Island, but the lack of their candidates standing in a number of key locations suggests that they consider some areas less important than others. Labour and the Liberal Democrats are not even defending seats that they won last time. In contrast, the Conservatives are willing to represent every corner of the Island, as we consider that all communities – every town, village and hamlet – are equally important and should be given the opportunity to represented by us.”

The Candidates
Listed below are the candidates standing in each of the 39 seats.

Stewart: Only two parties in a position to secure a majority
Speaking following the close of nominations, Cllr Stewart went on to say,

“Looking at the number of candidates put forward by each political party or grouping, it is evident that only the Conservatives (with 39 candidates) and Labour (with 28) are in a position to secure a majority to lead the Isle of Wight Council.

“The Island therefore faces a clear choice: between: (1) a Conservative administration comprised of both existing, experienced councillors and new candidates bringing fresh input, and (2) a Labour-led council made up entirely of new and untested councillors. Like in a General Election, this allows voters to choose between two competing visions and personnel to lead the Island over the next four years.

“We are delighted to offer the Isle of Wight a strong, diverse team – with a 60 year age range between the youngest and the eldest, and more female candidates than any other party.

“Furthermore, our new candidates will – if elected – bring a wide range of experiences to the Isle of Wight Council, including a dementia charity adviser, a former policewoman, a care worker, a baker, a retired headteacher, a town mayor, a business management consultant, financial advisers, students, a recent graduate, an office manager, a retired prison officer, a care home catering manager, a finance director, a hospitality worker, an engineer, a litigation consultant, a digital communications manager and a retired barrister, amongst others.

“With these backgrounds, we are confident that our team – as a whole – offer a uniquely strong skillset to bolster the Conservative Group at County Hall, helping us provide a combined, united leadership to the Isle of Wight Council which is representative of the Island at large.”

All Isle of Wight households will receive a copy of this double-page spread, within every Conservative candidate’s leaflet.

I wonder if any of these candidates have previously been employed as researchers for a Member of Parliament and during that time been alleged to have signed a Non-Disclosure Agreement in relation to their conduct with the then Foreign Secretary..?

Vanessa Churchman has issued a hurried press statement confirming that with the signing of the Non Disclosure Agreement is a milestone for peace in Northern Island.

Usual dregs of humanity, endlessly trudging their sorry asses from hustings to rowdy bunfights in the Council chamber, whining about how the poor have got all the money, the French have got all the fish…whiling away their twilight years, ignored by their local community… lolling about high on glue, with a battered cardboard sign saying “Brexit means Brexit”, Gissyer vote”…

Vote Up18-1Vote Down
Spartacus
“Continuing to lead the Island to safe, strong recovery from the pandemic” ? How insulting of a man who encouraged opening the Island up during a pandemic for profit ignoring the safety of residents, as a result more people were infected and more died. This Tory administration continue to exploit us for more money due to their inefficiency and nepotism to business ignoring the needs of the… Read more »
Vote Up18-1Vote Down
Angela Hewitt

I think that they have just listed all their failures

Can we get a list of the ones who have been called out for not pulling their weight? Yes ok you could use the same list but actually some of them are pretty ok. We need to keep them, in power or opposition, doesn’t matter.

No specific commitment to close the prosperity gap between ourselves and the rest of the Solent region then!