A show of hands at the Yarmouth Town Council meeting last night voted in favour of closing Shalfleet Primary school. A governor said the Isle of Wight council had put ‘a gun to their heads’ 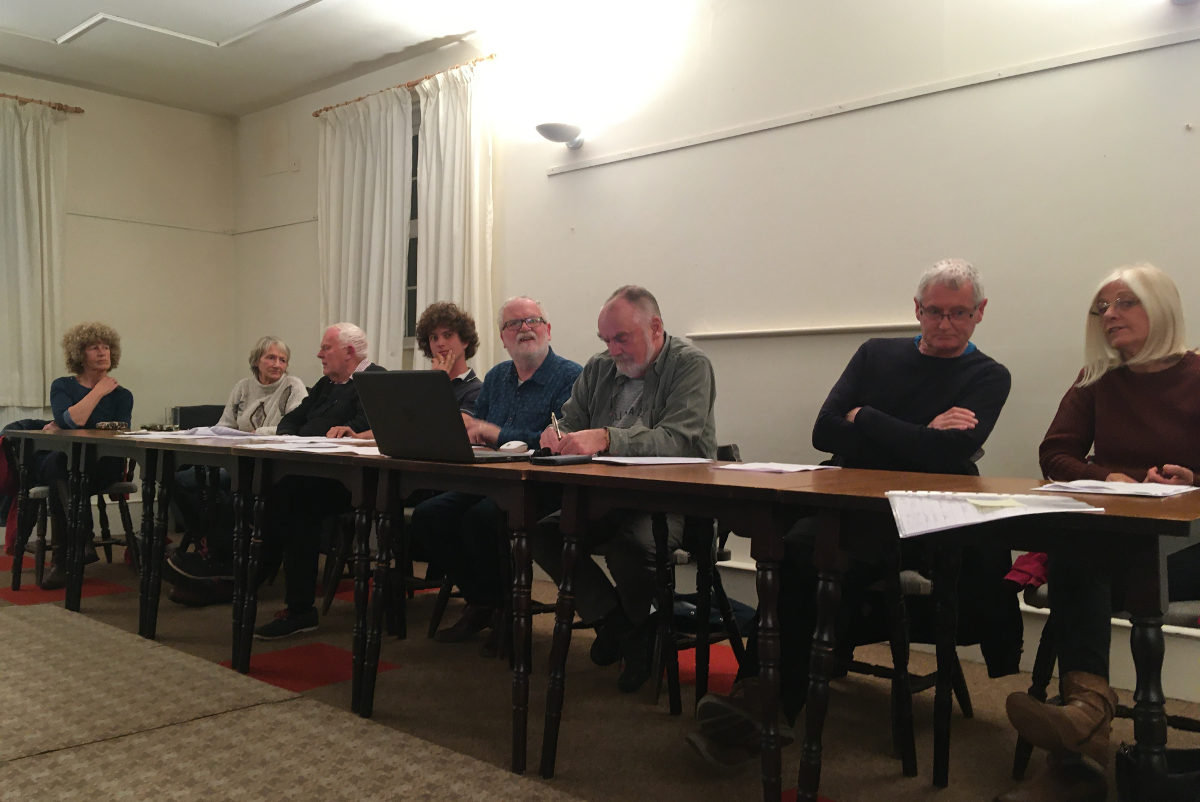 Tempers flared at last night’s (Tuesday) public meeting to discuss the ongoing West Wight schools saga — but those who will make the final decision did not show up.

More than 50 residents attended the meeting, held at the Community Hall of Yarmouth and District, where Yarmouth Town Councillors slammed the proposed closure of their village primary school.

Plans to move the school
The Isle of Wight Council said in October that All Saints Primary School, Freshwater, would close next summer. Yarmouth Primary School would then close and move to the Freshwater site, where a new school would be built.

Hampshire and Isle of Wight councillors and officers were invited to the meeting to explain the decisions, but no-one from either authority attended.

Cowley: There may be other options
Yarmouth mayor, Cllr Steve Cowley, said the town council still had ‘a number of concerns about the future of the school’.

“For the governors to propose the move was wrong — they could fight the proposals if they wanted to, but they are not minded to.

“I still think there may be other options and we should consider a way forward.”

‘Let down by the governors’
One parent said she was considering home schooling her two children because she felt ‘really let down by governors’ and their lack of communication with parents.

Governor: Local authority “put a gun to our heads”
Tina Griffiths, a federation governor, said she had attended the meeting as an independent party, but could not sit by silently.

“The local authority have put a gun to our heads — they left us no options.

“When we had a meeting with the council they said they would put a new headteacher and staff in the school. Many of us left that meeting in tears.”

Close Shalfleet school
One resident said Shalfleet Primary School should be moved to the Freshwater site instead because there was ‘no community there’ — a show of hands found that the majority of attendants supported the idea.

Lowthion: “We must vote them out”
Freshwater parish councillor, Vix Lowthion, told OnTheWight,

“I don’t support any school closures – and certainly not over such a long drawn out period. So much has changed since March – All Saints School in Freshwater is now officially OFSTED GOOD and other options are available.

“I urge everyone to complete the consultation, and remember that it isn’t the governors to blame, it isn’t the Church to blame, and it isn’t the people of Freshwater to blame: the responsibility for these cuts and closures lie with the Council who make the decision, and the Conservative government who insist on school closures.

“We must vote them out.”

Hutchinson: Other councillors “not particularly supportive”
Isle of Wight Cllr Stuart Hutchinson attended the meeting in his capacity as the West Wight ward member, and said he would do whatever was necessary ‘behind the scenes’ to help save the school.

“I would like to see a school stay in Yarmouth. The problem we have is there are five county councillors that represent the West Wight and the others are not particularly supportive.

“It is very difficult to try and resolve and achieve a positive result for everyone.”

“This is about the whole of the Island. We have a lot of love in this community and the ability to pass this great school onto the next generation.

“I do not want to lose this school, not like this.”

Cowley: “It must not be Yarmouth”
Jill Cowley, a former teacher, said the council had not considered the impact moving the school would have on the community.

“If they must close a school, it must not be Yarmouth.”

Consultation deadline
After the meeting an Isle of Wight Council spokesperson said:

“The council remains in a period of consultation until midnight on Friday, 29th November, over the closure of All Saints’ Primary School.

“The proposal to relocate Yarmouth Primary School at a future date to the All Saints’ site is being consulted on by the governing body of the Federation of The Church Schools of Shalfleet and Yarmouth.

“The council will fully consider all responses it receives in relation to the proposed closure of All Saints’ before final decisions are taken in January.”