The latest cheque – raised via donations from the national media at the 2015 Festival – brings the total raised by the Isle of Wight Festival for St Catherine’s School to £12,609. 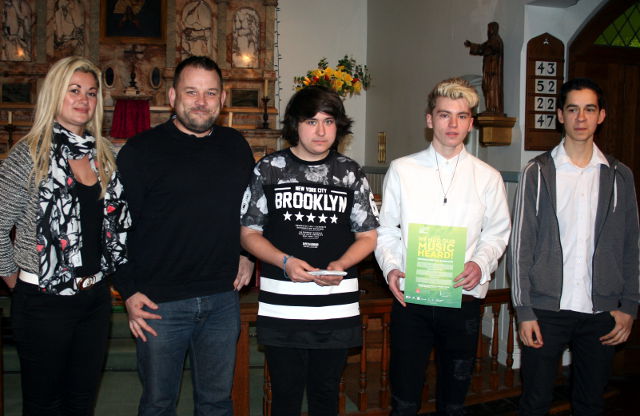 Good news for the pupils at St Catherine’s School. Ed

St Catherine’s School, Ventnor – which supports children and young people from across the UK with severe and lifelong speech, language and communication disabilities – was delighted to welcome staff from the Isle of Wight Festival to its end of term assembly, bringing along £1,090 to support the charity’s work.

Over £12,609 from IW Festival
Rachel Thomson, Head of Business and Charity at St Catherine’s, said,

“We are enormously grateful to John and Caroline Giddings for their fantastic and on-going support of St Catherine’s. Since becoming part of the Isle of Wight Festival family in 2013, we have been fortunate enough to run a sweet shop on site each year as well as receiving tickets to the event for our students, all of whom have profound special needs.

“This latest donation – raised via donations from the media at the 2015 Festival – brings the total raised by the Isle of Wight Festival’s generosity to £12,609. This tremendous amount of money has really helped to support students with speech, language and communication needs to reach their full potential.”

The Young Volcanoes
The photo above shows Louise Preece and Dave Steele from the Isle of Wight Festival presenting the money to Ryan, Harry and Ralph – who are members of St Catherine’s rock band, The Young Volcanoes, which performed and were commended at the Music For Youth competition in Southampton the previous day.