The fire was in the roof space of a single storey building due for demolition. The cause is currently being investigated. 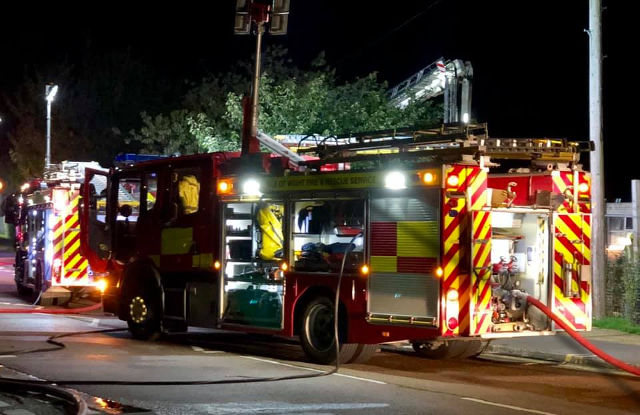 Island firefighters have been praised for their professionalism and swift action in dealing with a blaze at the derelict lower site at Christ the King College, Carisbrooke last night and in the early hours of today (Tuesday).

Crews from all Island fire stations attended the incident which began at around 11pm. Cover was also called over from Hampshire under the normal mutual aid arrangements.

Neither the main school site nor neighbouring properties were affected and no one was hurt.

“I would like to thank our fire and rescue service for their professionalism and swift action in dealing with this incident at this derelict site.

“Clearly the cause will be fully investigated, and the site, which was under the responsibility of contractors, will remain closed off.”

It Is not believed the incident will affect the running of the school when it reopens next term.