After IW Green Party’s vote count dropped by 1,577 votes, they share post-election words about First Past the Post, the Climate debate and the fact they received five times as votes in 2019 than the 3% level of support found across the UK 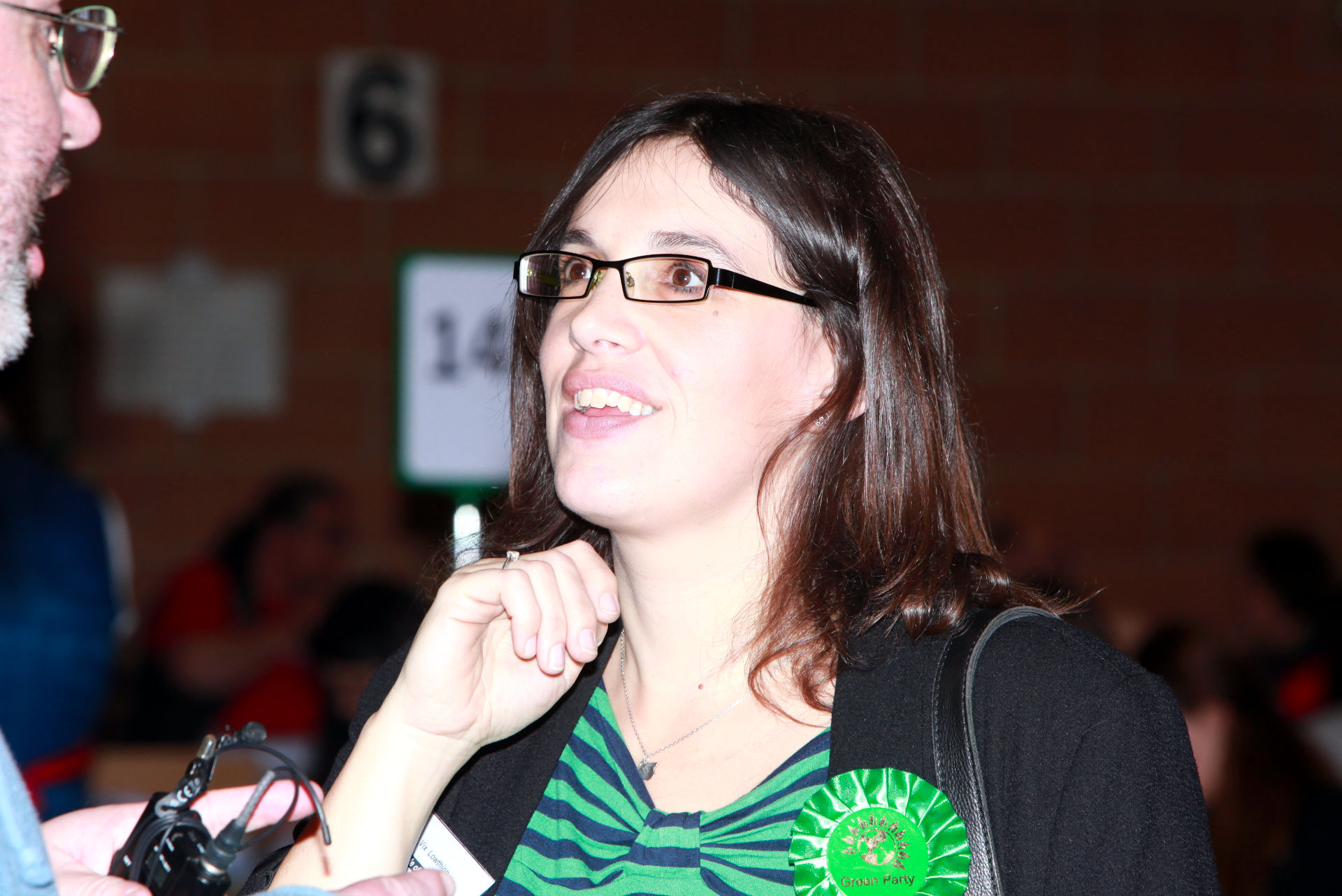 The Isle of Wight Green Party voice their sadness and frustration after another General Election which failed to return the Green MPs to Westminster which the United Kingdom desperately needs.

The Green vote on the Isle of Wight remains strong: five times as many Islanders voted Green in 2019 than the 3% level of support found across the UK, with only Brighton Pavilion and Bristol West seeing more Green support than here.

Whilst on average only 38,300 votes were needed to elect a single Conservative MP, the Greens achieved 864,743 in total number of votes, but resulting only one Green MP.

Climate Crisis
Yet there was more interest in the Climate Crisis during this election than ever before. Channel 4 hosted the Leaders’ Climate Debate, and Isle of Wight candidates were questioned at three specific Hustings in the last few weeks which focused on Climate, sustainability and the biosphere.

“The election of a Conservative Government with a large majority is devastating for the environment, our public services, our future in Europe and the most vulnerable in society. The last few years of Tory government saw £10billion subsidies to the oil industry a year, whilst they blocked the necessary support for wind, solar and tidal power. Instead they imposed large housing targets, fracking and social care cuts as a burden on our local councils, whilst social inequality has extended.

“This should have been the Climate Election, but the result with a Tory government and weakened opposition means that the future of our environment is threatened more than ever before.  Our team of Green volunteers were amazing – they couldn’t have worked any harder these last few weeks. I’m so sorry that again they lack fair representation at a Westminster level.”

The focus in the next weeks and months for the IW Greens will be building for the local council elections in 2021, and fighting the planning application to drill for Oil and Gas outside Arreton and Godshill.

UKOG meeting today
UKOG (UK Oil and Gas) are holding an information day at Newclose Cricket Ground today (Monday 16th) from 1-8pm, and all Islanders are urged to attend to find out more.

News shared by Vix on behalf of Isle of Wight Green Party. Ed

newest oldest most voted
henry
Given green issues were very high up on the public’s agenda, and that the LibDems withdrew their candidate on the island to help the Green Party, To then gain fewer votes than in the previous election demonstrates there is a real issue with the Green Party candidate on the island for many voters. Time to wake up and smell the coffee Vix. Do a Corbyn, and gracefully… Read more »
Vote Up75-15Vote Down
henry
“The election of a Conservative Government with a large majority is devastating for the environment, our public services, our future in Europe and the most vulnerable in society. The last few years of Tory” Shouldn’t that read, “The election of Vix Lowthion as a candidate has been devastating for the Green Party.”? Aside from Vix’s little group of admiring sycophants, the sad truth is, no one else… Read more »
Vote Up58-17Vote Down
Geoff Brodie

As expected then, for the way the Greens have mislead some people into thinking they are the main challenger here at the last two general elections. Including that sorry bunch, the local LibDems. By all means stand a candidate, but don’t lie about your chances, TWICE now.

Vote Up37-12Vote Down
trashyisland
Whilst I am in no way pleased that Bob Seely was returned with what is the biggest majority ever on the Island – some serious questions need to be answered. Either this was pure vanity and ego on behalf of the candidate or the party, or just a really worrying show of total ignorance of the political landscape both nationally and locally. You can’t keep running a… Read more »
Vote Up29-8Vote Down
profoundlife
I was done with her when I found out her partner works for a mining company of all things who are based off shore. One of those that say “we pay all appropriate taxes” like the tax dodgy companies Amazon or Starbucks do. No doubt she’s justified it in her mind, but certainly not enough for me. Didn’t want to say it in the campaigning time as… Read more »
Vote Up33-16Vote Down
laurashales

When will the Greens get the message?

The Green candidate repeatedly said throughout the campaign that the Island wanted a change and needed a new Green MP. Islanders have spoken and did not agree so let’s quit with the dramatics in future.

Also, how many forests did the Greens destroy to bombard people’s letter boxes with leaflets? Not very green…

Vote Up22-15Vote Down
greenfiremouse
It might also have something to do with our (not very democratic) First-past-the-post voting system that made a large number of people vote tactically rather than follow their real convictions. It still didn’t make much of a difference in the end. Unfortunately, any vote here on the Island that is not Tory is a wasted vote… And Labour still appear to think that the current FPTP is… Read more »
Vote Up15-8Vote Down
grumpymoo
I wonder if Vix now regrets her lies and false claims, that many pointed out to he through the campaign? The voting public are not stupid. Please don’t treat as such. I’m actually surprised that they lost votes on the island, especially due to the fact that Lib Dem voters were removed the choice to vote for them, under the ‘pact’ of remain. They also had hordes… Read more »
Vote Up11-5Vote Down
temperance

If I were a idealistic 16 year old girl I’d have voted green.

Vote Up15-15Vote Down
hialtitude
The joy of FPTP 864,743 to elect one Green MP 50,817 to elect each Labour MP 38,300 votes to elect each Conservative MP 25,882 to elect each SNP MP I would also remind those commenting that fracking may very well commence on our Island soon. Of course it is not really fracking because if they use under a certain amount of fluids in the extraction it can… Read more »
Vote Up13-18Vote Down