Isle of Wight MP appears on Newsnight talking about China

During 17th week of pro-democracy protests Bob Seely appeared on Newsnight to share his views in ‘one country, two systems’ debate. 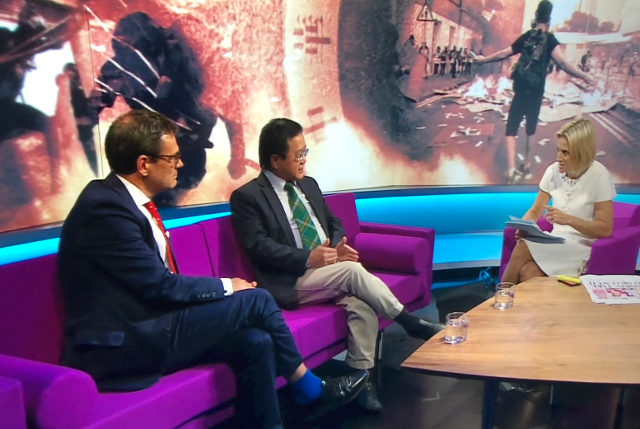 Being interviewed by Emily Maitlis and sitting on the sofa alongside Professor Steve Tsang, Director at SOAS China Institute, Bob as a member of the Foreign Affairs Select Committee shared his views during the 17th week of pro-democracy protests as part of the ‘one country, two systems’ debate.

Recent trip to HK
A month ago, Bob flew to Hong Kong during the fifth anniversary of the Umbrella Movement, as a guest of Stand With Hong Kong, that he described as “a group of democracy activists”.

He probably knows more about places like China & Russia than ever he will about the Isle of Wight. Bob needs to be honest with himself, his party and us islanders. He may be outstanding in the field of foreign affairs but as a constituency MP for the Isle of Wight he will continue to struggle at.

At least twice in the past few months I have seen him speaking in Parliament in support of Isle of Wight matters, and I do not watch often. His activities are often reported in our local media. MPs are expected to become involved in various committees, and foreign affairs is an important one.

I haven’t seen that but I have just seen his boss Boris on the front of the Private Eye (1506) part of the national media reporting on the domestic and foreign affairs he became involved in.