Ofsted’s South East Director said schools like Cowes Enterprise College have managed to turn themselves around, but the Island is still not doing well enough for children who need extra support, such those on free school meals and those with special educational needs. 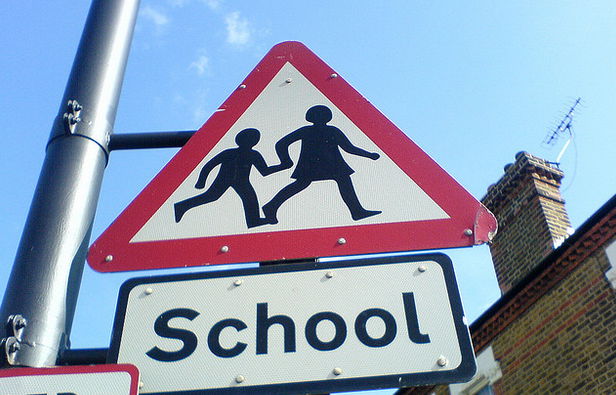 Isle of Wight secondary schools continue to improve, but are still propping up the lower end of Ofsted league tables.

Concerns have also been raised about the progress of students with special educational needs and/or disabilities (SEND).

Island schools in bottom 20
The Ofsted Annual Report, released this week, revealed Island schools remain in the bottom 20 in the UK — ranked 133 out of 152 schools.

Just 56 per cent of secondary students on the Island attend a school rated good, the lowest of any region in the South East.

No secondary schools are rated outstanding.

The best region in the South East was Surrey, with 93 per cent of secondary schools judged to be good or outstanding.

“We have seen schools like Cowes Enterprise College turn themselves around.

“But, miring the success is the fact we are not doing well enough for children who need extra support, including those on free school meals and those with SEND.

“In the South East, children on free school meals are not catching up fast enough with their classmates. This is a sticking point and, while there have been some improvements, the education gap between children from poorer backgrounds and their peers remains wide.

“Children with SEND are also not always receiving the support and help they need.”

Inadequate schools
Last year, almost a third (29 per cent) of secondary schools were found to be inadequate however, this has now fallen to 11 per cent of secondary providers.

On the Island just over half (54 per cent) of students reached the expected standards in Key Stage 2 reading, writing and maths.

However, the Isle of Wight did top the table for exclusion rates in secondary schools, at 12 per cent.

Brading: “All children deserve a high quality education”
Cllr Paul Brading, cabinet member for children’s services at the IW Council, said he was pleased by the high improvement rates mentioned in the report.

“All children deserve a high quality education and I am determined to ensure all schools on the Island are recognised as good by Ofsted. This was our plan, and we remain on track to deliver this.

“Just four years ago, 18 per cent of schools were judged inadequate and only 51 per cent were judged to be good or better.

“Thankfully, due to the incredible professionalism of hard working teachers and school leaders, supported by an effective local authority, that situation is being turned around.

“I am ambitious for the young people on the Island and we must build upon the recent improvements to create a first class education system.”

Overall, 77 per cent of all Island students attended a school rated good or outstanding.

“Ofsted deplores the delay in the identification and support of children with special educational needs and disabilities (SEND) but refuses to identify the decimation of local-authority funding which has led to the crisis in SEND which is so catastrophic for children and their parents.

“The true test of a society is how we look after the most vulnerable. Without the desperately needed funding, we will not be able to properly provide for children with SEND.”

1 Comment on "Isle of Wight schools in bottom 20, with SEND crisis ‘catastrophic for children’ say union"

newest oldest most voted
Colin
Instead of pretending that all is well, perhaps the cabinet member should face up to the facts then maybe, just maybe, the schools may improve; pretending otherwise is an insult to everyone’s intelligence. Of course the SEND and disadvantaged kids don’t get the support they need. This government has cut the money allocated to schools so far that there is not the money to pay the staff.… Read more »
Vote Up210Vote Down