After five years since opening, the Isle of Wight Studio school is to close in Summer 2019. 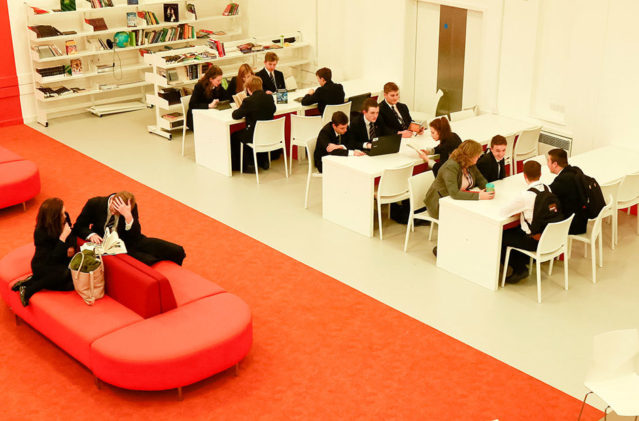 This in from Ben on behalf of the Studio school. The school originally got the Green light from the DfE in 2013, but lost its sister school in Southampton when it closed down in 2015. Ed

It has been announced today (Monday) that a decision to close the Isle of Wight Studio School in August 2019 has been agreed in principle by ministers at the Department of Education.

This decision is due to too few students choosing to study at the Studio School in Years 12 and 13, which has meant that the school has not developed in the way originally planned.

Listening period
This provisional decision, is subject to a four-week listening period, after which a final decision will be made by the Department of Education, in conjunction with the Inspire Academy Trust who operate the school.

If the final decision is to close, students intending to start at the school in September 2018 will be able to continue at their existing school or explore a transfer to another school.

“The IOW Studio School has provided an excellent learning experience for many children on the Island, however unfortunately the school has not been able to recruit sufficient students to its sixth form, and it is a sad reality that . Student recruitment is a problem which has affected many studio schools across the country.

“We are very focused on honouring our commitment to pupils who are currently studying at the school, and the Department’s decision to keep the school open until summer 2019 ensures that the 120 pupils currently in Year 10 and Year 11 will all be able to complete their GCSEs here as planned”.

“We have agreed, in principle, to the closure of Isle of Wight Studio School following a request from the Inspire Academy Trust.

“A number of options have been explored but ministers have decided that the school, which is operating at 40 per cent capacity, should close in August 2019.”

“It is with great regret that the school finds itself in this position. Despite all the efforts of its governing body and dedicated staff, who have all done an excellent job, the school’s sixth form has never been fully utilised.

“This is because our students have progressed at 16 to further study or apprenticeships elsewhere – and our view has always been to support the decision which is in the best interests of our pupils.”

The IOW Studio School has supported its students to move on to positive destinations since it opened in 2014. Last year, 55% of its Year 11 students moved onto sixth form, 30% choose a further education college and 12% began an apprenticeship.

During the listening period, which runs until 5pm on 22nd May, interested persons should submit their comments to the Department for Education through this email address [email protected]

newest oldest most voted
profoundlife
Always thought Studio School was a great idea and doing some really important work on the Isle. A real shame that the numbersnare going to have to add up at some point and there isn’t a place these days for small state secondaries. I don’t know if the problem is simply local over capacity or a lack of demand for this particular type of education. Either way,… Read more »
Vote Up170Vote Down
electrickery
All parties, including the idealogically-constipated Tory government, knew at the outset that the IW was over-supplied with secondary places, yet the pig-headed DfE and its lackies in IW Council went ahead. Now that somebody has to start footing the bill, it’s all unravelling. The “studio school” (what???) serves no purpose that should not and could not be met by the existing (and cheaper) secondary structure, massively flawed… Read more »
Vote Up6-2Vote Down