It’s not over: Conservative Cllr says they are still committed to closing one West Wight school

Cllr Brading said the council was committed to achieving six key aims — including reducing the number of schools in the area from five to four. 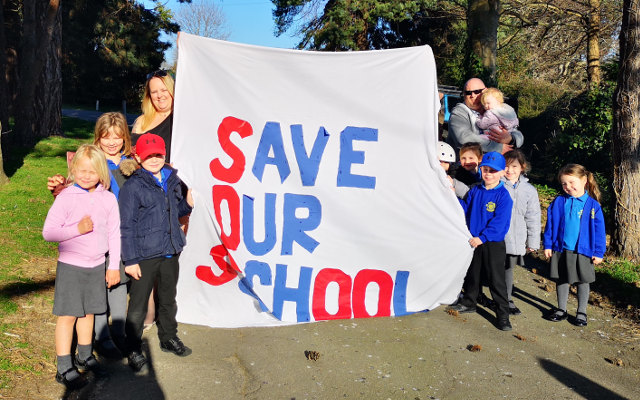 An update on the West Wight schools saga is due to be announced next month — and the council remains committed to closing one school.

Cllr Brading said the council was committed to achieving six key aims — including reducing the number of schools in the area from five to four.

The five schools in the area are Yarmouth, All Saints, St Saviour’s in Totland, Shalfleet and Brighstone Primary Schools.

“Having five schools is an inefficient use of limited available resource. Reducing this to four schools would provide greater financial stability for those remaining schools.”

He said the All Saints’ site was still set to become a ‘high quality school in attractive modern buildings,’ providing the council achieves another of its key aims — securing a multi-million pound investment from the Department of Education.

He said the authority was focused on improving school standards, resulting in high equality outcomes for pupils and creating a foundation for school places in the future.

Speaking after the meeting, he said:

“At the end of the day, this is all about the children.

“Every child deserves to have the best education and the best start in life we can give them.

“The schools in West Wight are suffering, sadly, due to declining birthrate, declining number of children entering the school system. The long-term sustainability of five schools is just not achievable.

“By having fewer schools, and indeed having a new school or rebuilt school, it will not only protect now, but the long-term future, of the whole West Wight schooling system.”

A report on the council’s new plan — with options, timeframes and costs — will be brought before the next cabinet meeting on 10th October. Cabinet members are set to agree on a proposed way forward, which will then go to consultation.

1 Comment on "It’s not over: Conservative Cllr says they are still committed to closing one West Wight school"

newest oldest most voted
Rowan
The assumption here seems to be that fewer larger schools being more ‘efficient’ is somehow better for children. But what about the evidence that children do better in smaller schools, where children and staff can feel more comfortable, where everybody can know everybody else, instead of being in a place that’s too big, where you can’t know everybody? What about children being able to walk ro cycle… Read more »
Vote Up70Vote Down