Jonathan returns with his Sunday column and starts the year “as mad as hell”, and is “not going to take it any more!” 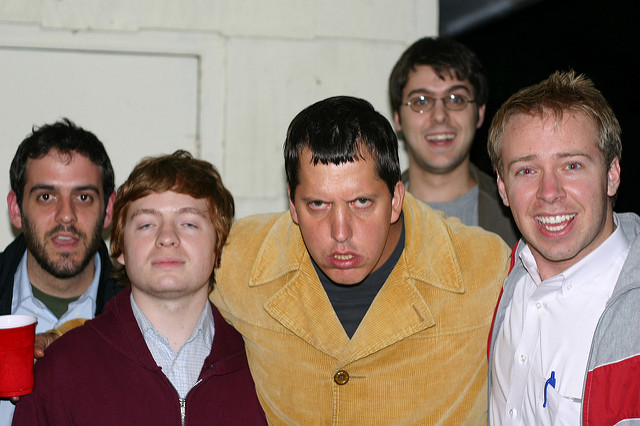 I read a lot. I believe I read more than anyone I know, and I’m always happy to admit it. I’m sure there are people out there who read more than me, and some of you are probably reading this, knowing full well that I’m a mere amateur compared with you. And I probably am. This isn’t a competition. It’s one of those worthy subjects where everyone believes they have to have a statement to make when in conversation. I was never sure why, but it’s obviously powerful enough to be true, or perhaps within the band of behaviour that would seem normal to most people.

Reading is a bit like being a vegetarian. It goes like this. Any conversation about food sooner or later includes a section on being vegetarian. When I mention that I’m a vegetarian, everyone tells me that they eat a lot less meat than they used to. And that they like fish, although they don’t eat as much as they should. And that they do eat lots of chicken, but it is better than meat like beef. I usually reply that I’m not bothered whether they eat meat or not, I’m not religious about it, and that I still eat non-vegetarian cheese, and I drink beer and wine, which I shouldn’t, because it usually confuses them. Politics used to be like that. People would say they wanted to vote Green, or LibDem, but what’s the point, because there will never be a Green MP or a LibDem government? That whole area has changed irrevocably since Brexit, when people now feel free to tell you which way they voted, in a way that suggests they might become aggressive if you want to disagree. Nowadays it’s safer to say you don’t like dogs, or football, without risking trouble. That wasn’t always the case.

You look like an extra in Witness
I haven’t been set upon for being vegetarian for a long time, and reading has lost that slight taint of effeteness that it used to have, at least in some social groups. Nowadays you can go out running on the streets, or ride a bike wearing nothing but Lycra, and nobody bats an eyelid. You can even shave the top of your head and grow a fabulous bushy beard, so you look like an extra in Witness, and nobody laughs. I think that’s a good thing. Nobody has recently accused me of hypocrisy because I wear leather shoes despite being a vegetarian, which is a relief. It’s interesting how fashions change, and the thing you wouldn’t ever dare reveal about yourself is now acceptable, when a few years ago you could be practically lynched in the street for it. And vice versa, of course. Some of these things are genuinely issues that have needed to be redressed for a very long time. Equal pay for men and women, and an end to aggressive sexual predatory behaviour, for instance, and real acceptance for gay people, of all shades of difference, and the acceptance of all-female Shakespeare productions, as well as women’s rugby. But we’re still encumbered with class and discrimination, and old habits die hard.

A life of luxury and wealth and privilege
Recently it was revealed that the attempts of Oxford and Cambridge Universities to appear more egalitarian have hidden the fact that they take the same number of students from eight private schools as they do from 3,000 comprehensive schools. The House of Commons is still packed with these same people, using their connections to get the prize jobs. And we still worship the Royals, for no better reason than that they’re royal, and rich, and have always known a life of luxury and wealth and privilege, all based on ugly power-grabbing and relentless myth-making. I have no problem with people who believe that having a stable set of people always there at the top helps maintain a healthy status quo. I don’t agree with them, and I’m happy to discuss other ways of organising a civil society. What I can never understand is making your children stand for hours in a freezing cold Christmas morning, waiting for someone in a hat to pass by in a luxury car and maybe wave a hand. Those are often among the poorest and most disadvantaged, worshipping the richest and smuggest. I never got my head round that, and I’m not ashamed to admit it. I’d like someone to explain it to me, and then I need them to explain why they think that’s a good thing, and then I’ll be able to have a conversation about it with them.

Suppressing our instincts and making ourselves fit in
I know. I’m beyond redemption. People often say that you’re supposed to become mellower with age, but I disagree. I think we all make our way in the world by supressing our instincts and making ourselves fit in. Otherwise we’re less likely to get a job, or become elected, or rise through the ranks, or get whatever we need for ourselves and our families. For some, it’s a matter of survival. If you’re a Christian in Pakistan you’d better hide it very well, otherwise you’ll be killed. Ditto if you’re gay in East Africa, or running in the street if you’re black in certain parts of the USA.

Some people kick out and rebel, and if they’re very talented they get away with it. When I was a boy, Kenneth Williams was hugely popular. Everyone knew he was gay, and he shoved it in everyone’s faces, while all around him fellow gays were being put in prison and having their lives ruined or blighted by fear and denial. Alan Turing, one of our greatest geniuses, and the breaker of the Enigma code, which shortened the Second World War, was hounded to his death in this way.

The ugly rabble raising its righteous resentment again
Innumerable people who still have that mind-set are still living amongst us, and would gladly take to the streets with baseball bats to rid our society of those who they fear and despise. Immigrants, foreigners, gays, religious minorities, they’ve all lived with that fear, and it’ll never leave them, because it never takes much for the ugly rabble to raise its righteous resentment again. The price of liberty is eternal vigilance. Many have said it, and many have ignored it. Every freedom and right gained is a fragile treasure that needs constant safeguarding. The rabble are becoming roused in the USA, and in Hungary, and in the Middle East, and in Myanmar, and in Russia, and in so many other places, and it seems to me that you can be a dictator or a populist leader but still have the same aims, to grab power for yourself and your cronies, and all you want is to get away with it. And if you do get away with it, then everyone else in the world is poorer and less safe.

Your public face slips away, and you revert
My theory is that there are certain times when your public face slips away, and you revert to the person you are naturally. There are plenty of people out there who act tough even though they’re soft inside, and vice versa. You might be a strong leader at work, and go home to a quiet life where you never express an opinion. You might be known as a calm person, but you weep or rage whenever you have a drink or two. You might be known as a person who can only be pushed so far before an explosion occurs. I think the person we are when we’re injured, or in pain, or victorious, or beaten, is the real person, only seen when the mask slips. Of course, some people have no mask, and some people’s masks are never allowed to slip, ever. I think that for most of us, extreme situations cause our public persona to fall away, and we emerge from our disguise as we really are. I think we’re confronted with fewer extreme times nowadays, at least here in Europe. Back in the day when everyone had to do National Service, people used to say that it would make a man of you, whatever that means. You were supposed to find out what sort of person you were when people started shooting at you. In that sense, I have no idea what I’m really like, because I’ve never had to go into battle. I’m grateful for that, and while I believe I would behave honourably and bravely, I don’t know. Nobody does.

Part of me is glad about this. I fervently hope I’m never confronted with the possibility of finding out for myself which group I would fit into. But I do believe that your mask becomes less important as you grow older, and the person you really are becomes more visible more of the time.

Personally, I can vouch for the truth that I’m becoming more angry and opinionated again as I get older. So watch out, all you smug self-righteous knowitalls. I’m mad as hell, and I’m not going to take it any more!