With the sad loss of Kahu today, here’s a look at it in happier days. You’ll understand why it was referred to as “The most impressive boat on the Medina”. 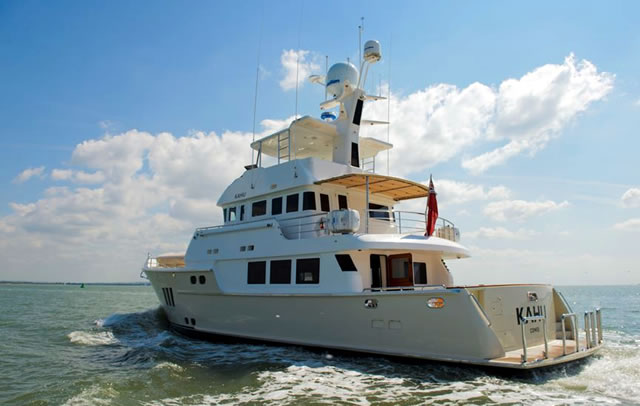 Kahu, a once-splendid motor yacht that was berthed at East Cowes, was sadly destroyed by fire this afternoon.

OnTheWight first reported it a short while after the Isle of Wight Fire Brigade had been called to the scene.

In this article OnTheWight reflects on what an impressive craft Kahu was.

Built by Southern California-based Nordhavn Yachts in 2011, the fibre-glassed hull craft was put up for sale in the Summer for $5.65 million, when the following video was made of her in action. You can tell from the video she wasn’t flashy, just purposeful.

Photos
Click on the photos to see the larger versions 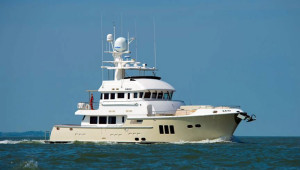 Front of Kahu at sea by ancasta 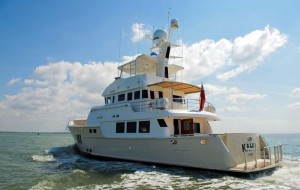 Rear of Kahu at sea by ancasta

“The most desirable Nordhavn on the market”
The sales details described her as:

She is without doubt the highest specified & most desirable Nordhavn on the market today. Kahu is owned by an experienced yachtsman who was very much involved at the design, specification and build stage. As a result the yacht is fitted with some excellent custom requests which have significantly enhanced the desirability of this very fine example.

Kahu’s beautiful contemporary interior was designed by an independent interior designer and the results are stunning. This Nordhavn 76 has the bulbous bow, TRAC STAR (zero speed) stabilizers,asymmetrical main deck and upgraded vertical hull windows in the large master suite which provide terrific natural lighting and excellent visibility out. Kahu has been very lightly used.

A beautiful looking motor yacht. It looks a lot like she’s a total loss, what a waste, perhaps caused by an electrical issue?

She was up for sale, but we must assume she was still insured. When it comes, that payout is going to really ruin someone’s day.

I don’t believe it!