Latest crime figures for the Isle of Wight reveal changes

The latest crime figures for the Isle of Wight have now been released, with variations across the different types of crimes compared to the previous year. 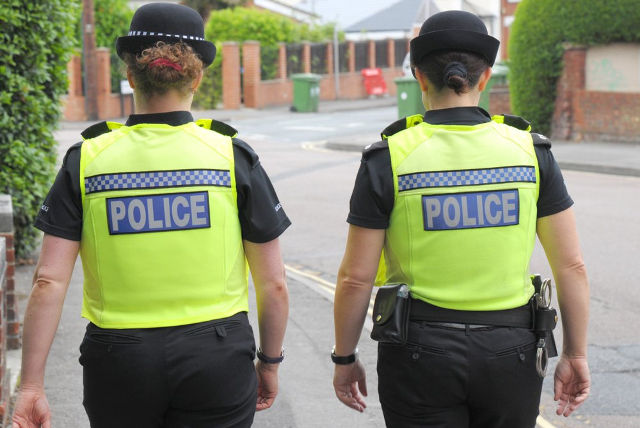 Crime has increased slightly year-on-year on the Isle of Wight, according to the latest police recorded figures.

There were 10,369 reported offences between July 2017 and June 2018, data from the Office for National Statistics shows.

Below average crime rate
That means there was a rate of 74 crimes per 1,000 residents during 2017-18, below the England and Wales average of 84. The statistics are based on crimes reported to the police, and the ONS urges caution in interpreting some of these figures.

Genuine increase in burglary
Some offences go unreported while others may be more numerous due to a change in the focus of the police or greater public attention.

However the ONS believes crimes such as burglary and theft, which are generally well reported and recorded, have genuinely increased.

On the Isle of Wight theft, one of the most high volume crimes, decreased by 10%. Drugs related offences dropped by 17%.

Higher-harm types of violence
Joe Traynor, from the ONS Centre for Crime and Justice, said:

“Over recent decades, we’ve seen continued falls in overall levels of crime but in the last year the trend has been more stable.

“We saw rises in some types of theft and in some lower-volume but higher-harm types of violence.”

Gun and knife crime dropped
Despite nationally rising, gun and knife possession offences on the Isle of Wight have dropped by two, to 97 incidents.

There were 317 residential burglaries reported in 2017-18. Due to a change in how the ONS categorises burglaries, the localised figures cannot be compared with other years.

There has been one homicide, a murder or manslaughter.

Rise in criminal damage
Criminal damage on the Isle of Wight, which includes arson and vandalising cars and houses, has gone up, from 1,309 incidents in 2016-17, to 1,316 in the latest figures.

While violence with injury, which includes assault, GBH and wounding, has risen, this could just be due to improved police recording as opposed to an increase in incidents.

Sex-related crimes
Similarly sexual crime statistics are hard to judge as many more victims are now coming forward due to a series of high profile cases.

On the Isle of Wight there were 462 incidents recorded between July 2017 and June 2018, when the same number of crimes were reported.

There were also 628 cases of stalking and harassment reported over the same period.

Apter: ‘More boots needed on the ground’
John Apter, chairman of the Police Federation for England and Wales, commented:

“It didn’t take a crystal ball to predict these shocking increases because they only reflect what we have been telling the Government for years – we need more boots on the ground.”

Labour described the ONS statistics as “truly shocking” and accused the Tories of “failing in their duty to protect the public and keep our citizens safe”.

National comparison
Across England and Wales, the number of recorded homicides rose by 14%, reflecting an “upward trend” since 2014. These figures excluded people who died in terror attacks.

There was a 9% increase in offences with knives or sharp objects, leading to the the highest number of incidents since March 2011, when comparable records started.

“Rising crime is placing greater demand on policing, as forces strive to reduce crime as well as respond to a growing terrorist threat.

“There are also more calls from the public for help, including responding to people in crisis when other agencies lack their own capacity.”

Mr Skelly said the gap in numbers between reported crimes and criminals being charged is a “real concern for us”.

“The upcoming spending review is a crucial opportunity for the Government and police leaders to come to a consensus about police demand, our capabilities to meet it and the funding required.”

newest oldest most voted
I do not believe it
There must be a whole wealth of unreported crimes to police on the island which put these crime statistics in the same category as a grim (no pun intended) fairytale. Given the hated ‘101’ system whereby, just this past summer during the heatwave, I tried to report thirteen separate incidents of drunkenness, antisocial behaviour and drug dealing in the streets of Newport in the periods of between… Read more »
Vote Up30-6Vote Down
iowdave
It seems to me that Police are only interested in the motorist. Cars are an easy target as their owners are easily traceable. What fun it must be in their super BMW cars chasing a speeding car at over 100mph on the motorway – so much better than tackling a cyclist riding the wrong way on a one way street (and on the footpath, where they can… Read more »
Vote Up19-9Vote Down
chartman
Maybe a start would be to fit all the cop cars here with ANPR.Maybe, they already are …Yes, it costs a few bob but it will pre-empt a lot of the issues we seem to have with cars.With the police just ambling around the roads doing not a lot ( maybe) getting a ping from an offending car MIGHT lead to/prevent something more serious happening later. So… Read more »
Vote Up12-3Vote Down
Tim

Once you take out the city areas of Portsmouth, Southampton, Gosport & Havant we actually have higher crime rates than other nearby areas such as Fareham or Winchester