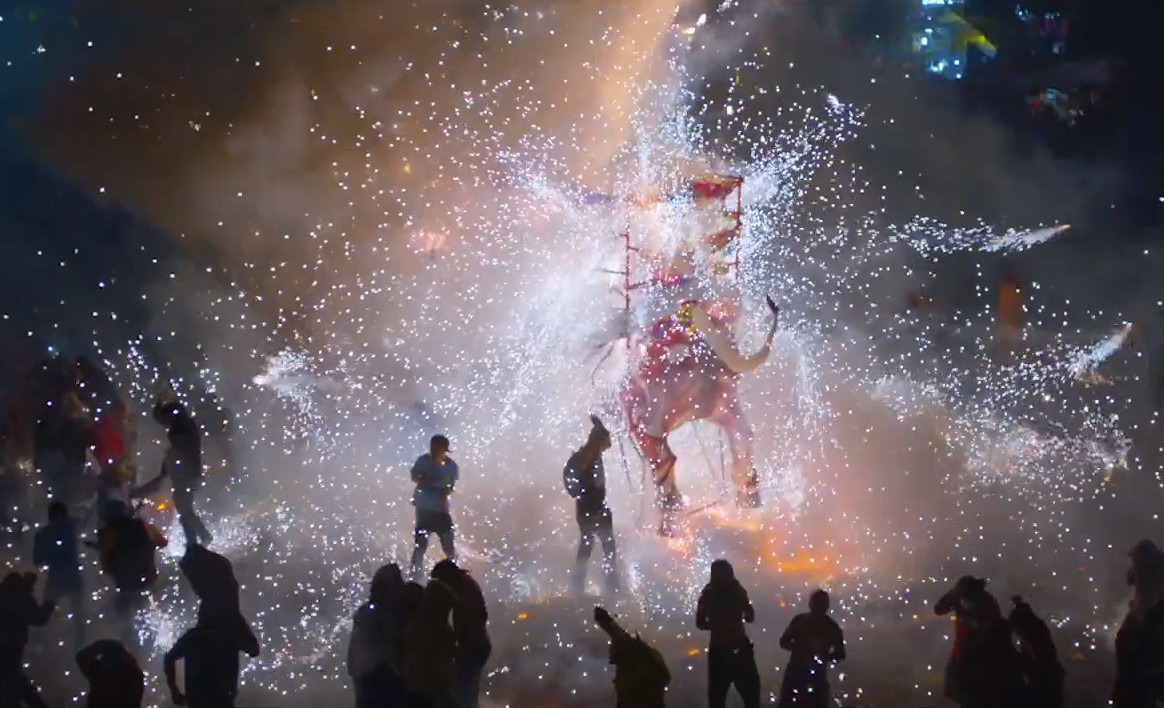 Last week saw the release of the first music video by Luca Wilding, a singer/songwriter from Devon, who is signed to Abbey Records.

Several Isle of Wight musicians worked with Luca over the last two years, recording at Chale Abbey Studios, where Abbey Records are based.

“Luca has an incredible voice. We’re really proud of the video, made by the Australian director Patrick Fileti.

“Luca spent nearly two years recording in the studio in Chale and working with Rupert Brown, Tom Gardner and Anthony Truckell. All music was produced by David Granshaw (who’s also from the Island).”

Music video a thing of beauty
The music video for ‘Heartachers’ (see below) is a beautiful eight-minute short film from the award-winning director, Patrick Fileti.

Now Patrick has re-visited and re-edited the film especially for Heartachers. Filmed in Tultepec, Mexico, it tells the true story of a town famous for its pyrotechnics and the subculture that surrounds it. Patrick enlisted Mexican Director of Photography, Galo Olivares, (Alfonso Cuaron’s collaborator on Oscar winning Roma) to tell the story through the eyes of the townspeople.

It’s a very powerful piece of film and this new version works beautifully with Luca’s song.

Luca: I love how the film has this uplifting ending
On the collaboration, Luca said,

“The film tells the story of a pyrotechnician who is ready to die for the thing he loves. In this town there is this overwhelming tendency for the young men to lose their lives to the fire… That fascinated me.

“It reminded me how easily people can become addicted to their own sadness. But more, it made me think of the subject of the song, the sadness that engulfed them like a flame and how the people that were left behind had no choice but to accept the ashes. I love how the film has this uplifting ending.

“Heartachers is a song about letting go, seeing that change and loss and hurt are just other beautiful parts of life, and no amount of longing can ever stop them.”

Find out more about Abbey Records by visiting their Website.