Letter: If it ain’t broke, don’t fix it!

This reader shares his views on the plans for St Mary’s roundabout and offers some practical solutions that he believes would save the IWC millions. 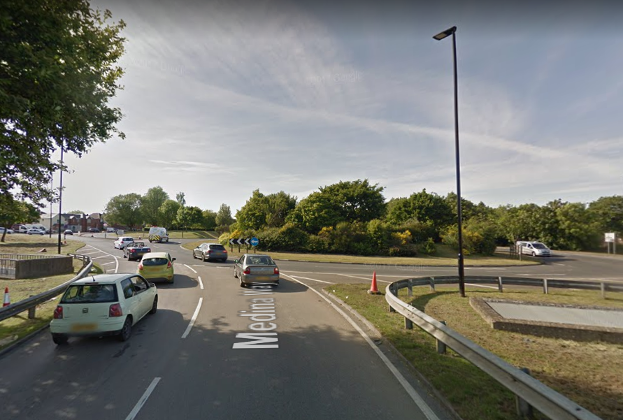 This from Colin Potter. Ed

The Isle of Wight Council have recently announced they propose to implement changes to the road system around Newport using re-hashed plans that have existed for some time.

St. Mary’s roundabout is only one phase of a series of changes for which a government grant was made towards the cost of the whole scheme. The remainder of the cost will be paid for by the council tax payers. Whilst some aspects of other phases of the scheme have some merit, many others do not.

The St. Mary’s scheme currently on the table is a hurried re-think following scathing criticism of the last bodged plan and, in my view, is worse than the original bonkers scheme which retained the roundabout, but still straightened up the Forest Road junction and added traffic lights.

It generally manages to keep traffic flowing freely with minimal delay aside from the busy period early in the morning and at home time in the late afternoon. Traffic emerging from the B&Q roundabout which includes that from the college and the industrial estates is often heavy around 5pm, but the hold-ups are caused because of the tailback of traffic from Coppins Bridge.

So, what difference will the new junction make?

The junction will become clogged
In my view, the proposal for linked sets of traffic lights will do nothing to improve the flow of traffic and will make the situation far worse as they will impede the current free flow from the junction in all directions.

Forest Road traffic will cut across the carriageway leading to Cowes, so that carriageway will regularly come to a standstill. With very little space between the two sets of lights the junction will quickly become clogged.

Poor visibility
Plus, how will traffic from Forest Road be expected to see across the junction to see whether or not they can proceed through the lights as the small stretch of road between the lights on that carriageway will more than likely be filled with traffic from Cowes?

Traffic from Forest Road which now feeds onto the roundabout and across into the industrial estate without disrupting the flow of traffic will now have to have traffic stopped on both carriageways to get across.

More tailbacks
What happens when the section between the two new sets of lights is full and traffic cannot get off the Forest Road?

The answer will be tailbacks for hundreds of metres back to Gunville Road.

Traffic from B&Q
Traffic coming up from the B&Q roundabout currently has the option of getting onto the Forest Road, down Hunnyhill or up to Cowes with little difficulty when the lanes down to Coppins Bridge are stationary.

Back road rat-runs
Hunnyhill will become a busy rat-run with queues of traffic at the new lights as drivers seek to avoid the dual carriageway and the mayhem that will be created.

The Forest Road junction at Vittlefields  will become even busier as drivers use the back road up to Cowes. The Newport to Carisbrooke road and Gunville will see increased traffic as alternative routes are used.

The short stretch of dual carriageway between the two sets of lights will be permanently jam packed with tailbacks because of the amount of traffic being funnelled through there. There will be an increase in pollution as traffic will be stationary for far longer than at present.

As with all technology, it will go wrong. Can you imagine the scenario when the traffic lights fail as happened to those at Coppins Bridge recently? It will be total gridlock.

The left hand lane should be used for the industrial estates and Ryde/Fairlee only. Sandown and Staplers traffic should use the outside lane until Coppins Bridge and then it would naturally divide and follow onto the roundabout.

Cost? A pot of white paint and a few signs. Problem solved with no disruption and millions of pounds saved.

Leave St. Mary’s roundabout alone
It isn’t a problem and most of the time works well.

Perhaps Cllrs Ward and Stewart would like to make themselves available to the electorate to answer the many questions and criticisms this scheme has raised.

newest oldest most voted
alisonjane
A terrific letter stating the obvious that motorists see but for some unknown reason ( known only to themselves) our elected Councillors fail to acknowledge. The problem is at Coppins Bridge. This hair-brained scheme is all about the money…not the motorist or traffic flow. The IOW Council have spent years ‘directing’ all traffic into Newport, no matter where it is going. The amount of time it is… Read more »
Vote Up112-7Vote Down
garageelfiniow

Common sense above sadly somethng missing in the IWC and Island Roads – this is not about the motoirst or council tax payer – its about work£££ for the officials in County Hall and profit Island Roads shareholders and contractors at the tax payers expense. Every one else get rogered up the garee.

Very sensible Colin. But isn’t that how things used to be and worked well?

Completely agree, the most misjudged scheme I’ve heard of.

Vote Up6-1Vote Down
sculler
There is a benefit to the St marys work and the clue is in the free saver card. If travelling around the medina takes longer the sphere of influence of the floating bridge increases (it would increase further if it ran to a timetable). As an aside I believe the problem with coppins is the lack of road space to filter. Make the A3020 southbound one way… Read more »
Vote Up0-28Vote Down