Peter Shreeve says schools have limited resources and are to some extent forced into making unpalatable decisions, but shortening the school day is done to save money. 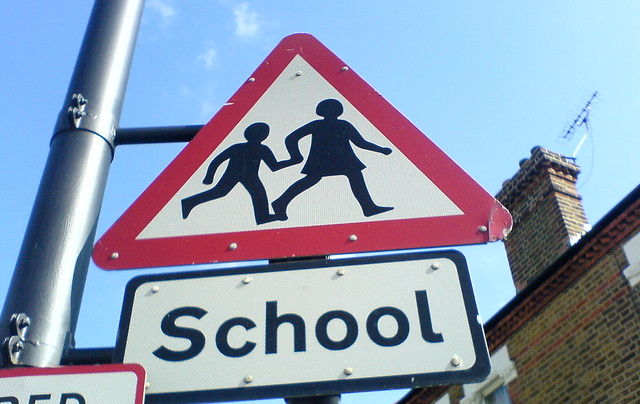 This from Peter Shreeve, Assistant District Secretary Isle of Wight for the National Education Union. Ed

I write to comment on the article titled, “End of school day ‘potentially dangerous’ says head of Isle of Wight primary school” (18.9.19).

Ask any Carisbrooke local – and I am one – and they will probably say they avoid that part of town at certain times of the day.

Many problems occur
Anyone who observes the end of the day departure of any school with a substantial student number cannot fail to be concerned and sometimes alarmed as students exit.

However, there is a similar reality at other schools. Although there are fewer issues because of the size of the number of students involved.

But what has ultimately led to this heavy traffic?

Austerity!  A lack of money to finance the service schools provide.  There are 12 Island maintained schools in deficit and a number on the brink.  This figure doesn’t include the non-maintained schools, so the figure is certainly higher. How do they save money?

The lunch break is shortened, fewer staff are needed to supervise.  Money is saved on wages and the day can finish earlier, but this has many consequences as reported by OnTheWight in May.

20 minute lunch break
Indeed, in recent years, one Island school even cut the lunch break to 20 minutes (the statutory minimum), but quickly found there was insufficient time to go to the loo, eat lunch and socialise – not to mention detentions?  They also discovered: shorten the breaks and behaviour worsens. The school reverted back to 35 minutes after a term.

Prior to 2011 schools would more widely consult on any changes and the process was more bureaucratic.

It’s time we all acknowledged funding issues and were prepared to have a greater influence on our local and national politicians.