After 5pm today (Friday), OnTheWight will be having a private tour of Nick Martin’s new exhibition at Quay Arts. Join us via Periscope for your chance to have a sneaky peak and ask the artist questions. 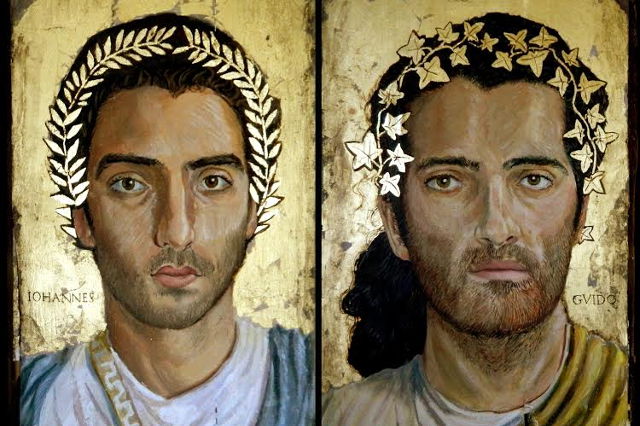 Isle of Wight artist and tutor, Nick Martin, has a new exhibition launching this weekend.

OnTheWight are being treated to a sneaky peek of the exhibition by the ‘skating minister’ prior to the show opening and will this afternoon (Friday after 5pm) be able to share this inside view live with readers using Periscope (follow our tweets or load the App on your smartphone to tune in).

Odd and Even
If you enjoyed Nick’s ‘Blue Eyed Boys’ exhibition of six years ago (listen to the podcast) you won’t want to miss his latest work.

The exhibition features mainly diptychs and triptychs, hinged paintings and much more intimate that his previous show at the Quay. 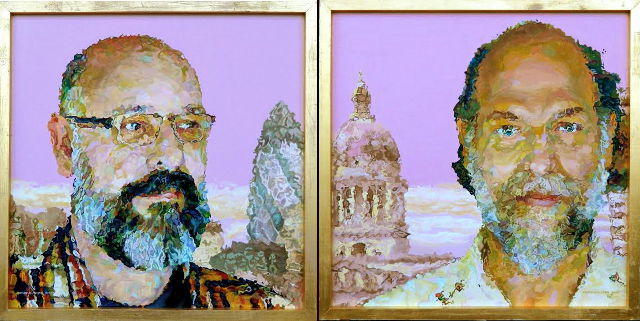 Likened to religious altar pieces, with lots of gold leaf, all with secular portrait content, Nick explained that three have already been shown at the Royal Society of Portrait Painters at the Mall Galleries in London.

Between Lines
Nick has also arranged an exhibition for his life drawing students.

This is also being held at Quay Arts in the West Gallery. It’s called ‘Between Lines’ and running concurrently with Nick’s show.

Both exhibitions run until 16th May.

The private view for Odd and Even takes place on Saturday 25th April 6-8pm at the Quay’s Rope Store Gallery.

Filed under: Newport, The Arts, What's On