Can’t say better that being the best in the World, can you? What a great start to the week. 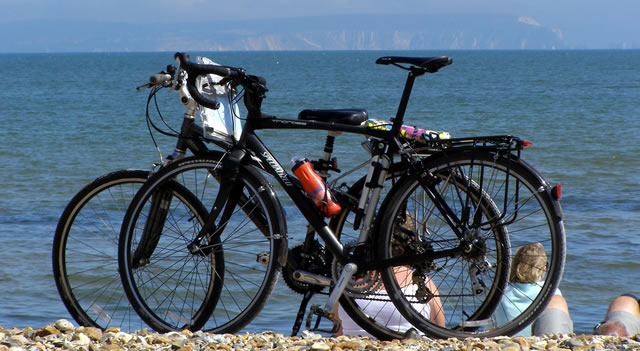 This isn’t a bad way to start a Monday morning is it?

The well-respected travel guide, Lonely Planet, has selected the Isle of Wight as THE best place in the World to cycle.

They’ve previously been very keen on the Island, as have other people, but this is the first time they’ve vote the Island the best in the world.

In their words, Lonely Planet said,

“The Isle of Wight is a cycling paradise that is home to some of the UK’s most varied terrain: lush velvet hills rolling into the sea, narrow lanes through tidy hedgerows, deep and mysterious green gullies, and the island’s most striking feature, the ridge of white chalk cliffs stretching across its breadth.

“Although cyclists have been enjoying its outdoor pleasures for decades now, it’s only been in recent years that Wight has started to attract young and trendy Londoners looking for a romantic weekend by the sea with a buzz – which gastropubs, slick hotels and a calendar full of festivals now provide.”

Thanks very much to Garth for point this out to us.