During Mental Health Awareness Week, Maria Villa Vine highlights the impact the Coronavirus outbreak is having on children and young people and where they can seek help. Details within 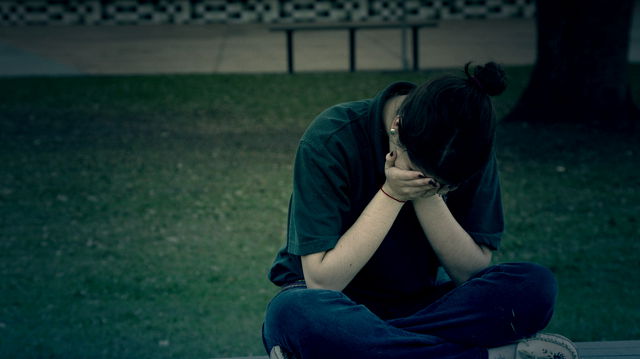 It’s Mental Health Awareness Week (18th-24th May) and Maria Villa Vine, Chair of Newport and District Branch of Isle of Wight Labour Party, shares this feature on ‘The Impact of Covid-19 on children and young people’. Ed

“As a student in year 12, I know how hard it’s been for students to study for their A-levels or GCSEs, not only on the Island, but across the country.

“Last week I was talking with one of my friends, Lara. She stated that the worst thing for her is ‘missing out on a quarter of my A levels’ and that it is ‘difficult to teach myself without input from my teachers’.

“I think that many students will share Lara’s concerns about her education. There’s been a severe lack of clarity on the Government’s behalf with what’s going to happen with students and their grades.”

Isle of Wight Labour Youth is calling on the Government  to send out clear and concise information for students, as it believes the current message has resulted in increasing anxiety levels, leaving many students on the Island worried about their future.

The lasting impact will affect children and young people for years to come and the next steps that the Government take are crucial to their wellbeing.

The impact on children
Children have been impacted by school closures, socially isolated from their peers, loss of finances in the family home to dealing with more serious traumatic consequences of Covid-19 in the form of sickness or deaths of family members.

Children who already have pre-existing psychological conditions are among the most vulnerable to exacerbated mental health concerns.

Increased levels of anxiety
It came to light that in the last two months an extra 60,000 people have contacted the ‘Shout’ line and there has been a 10% increase in the number of young people with anxiety.

‘Shout’ often deals with young people in distress, suicidal feelings are the most common issue that are raised within young people aged under 25 years whereas the findings of under 13s were most likely to discuss self-harm.

Access to support affected
Mental health services have found themselves disrupted by the pandemic unable to support one in four children and young people. The findings were found by a survey by the charity ‘Young Minds’ of 1,850 parents and carers around the UK.

Out of these parents 25% stated that their child was no longer able to access help from the NHS, private providers, helplines, school counsellors or charities even though they still needed it.

Despite huge efforts from mental health professionals, young people with existing mental health needs often don’t receive the same level of support as they had previously experienced and are unsure of where to turn.

Helpful links
The following links can offer help and support:

Image: francoforeshock under CC BY 2.0

Well done, Maria, for raising this issue. There is a new MH Isle of Wight website http://www.iwmentalhealth.co.uk that for first time brings children, young people and adult services and help together in one place.