The Isolation Row Festival raised over £1,000 for Quay Arts last month and is now followed by the Quay Arts Folk Club with monthly online music nights. Details within 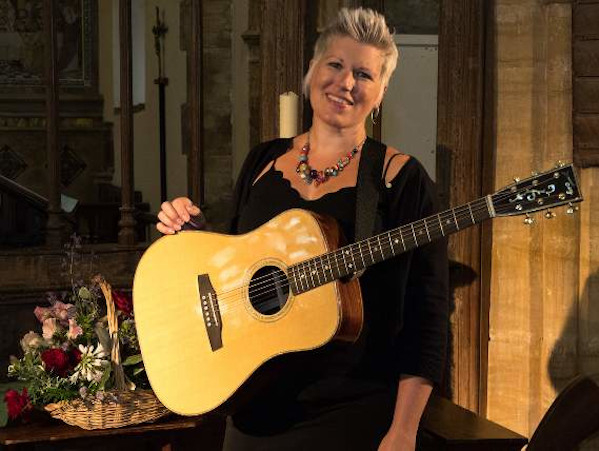 They recently organised the very successful Isolation Row Folk Festival which raised over £1,000 for the Quay Arts Centre in Newport. Now they are turning their attention to streaming monthly folk nights.

Before the lock down John Bentley and Mike Butler organised a monthly folk club at Quay arts. As John explained,

“The folk club has been running for over three years – rather than wait for normal service to be resumed, we’ve decided to take the folk nights to the homes of our audience.”

This Sunday
Starting on Sunday 28th June at 7.30pm the Quay Arts Folk Club will be streamed on Facebook and YouTube.

The evening will feature over two hours of top notch folk music. Local folk band “Second Time Around” will open the evening and be followed by short floor spots from a handful of local folk club singers.

Miranda Sykes
Headlining the evening will be a set from Devon-based folk singer, Miranda Sykes. As well as being the much-acclaimed singer and bass player with folk superstars “Show of Hands”, Miranda is also a hugely talented solo performer. As John Hacker, explained,

“In recent years Miranda has returned to her roots touring and working as she began – one woman, one bass and one guitar. We’re hugely pleased that she has been able to record a set especially for us.”

Quay Arts fundraiser
As with the Isolation Row Folk Festival, the evening is being run as a fundraiser for the Quay Arts Centre in Newport. The Quay is a not-for profit charity and receives no funding from either the Arts Council or the local authority.

Although they have continued to offer a range of online arts activities they are struggling to stay afloat. Del Seymour, manager of Quay Arts, said

“We really appreciate the support of the Island folk music community. We hope to be open again before too long but in the meantime the music goes on. Please listen in to the Folk Club evenings and make a donation to the Quay.”

Everyone who is appearing is doing so through specially recorded home performances. Readers can find out more about the event by searching on Facebook for “Isolation Row Virtual Folk Festival” or “Quay Folk Club.” The evening will be streamed on Facebook and YouTube.