Bob Seely has written to the heads of the three cross-Solent ferry companies, asking them to explain the ongoing disruption Islanders have had to experience since August. 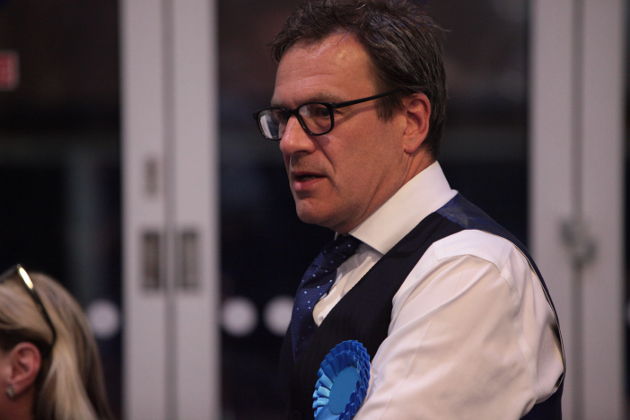 Isle of Wight Conservative MP, Robert Seely has written to the heads of the three Isle of Wight ferry operators.

In an email to Wightlink, Red Funnel and Hovertravel, the MP said he was writing to, ” to express the concerns of thousands of Islanders who have had their travel plans disrupted in the past few weeks”.

Catalogue of issues
He refers to the catalogue of problems to cross-Solent travel since the summer holidays, including ferry collisions in the fog, craft going out of service and cancellations due to ‘technical issues’.

He says that, “an unreliable service damages the Island and harms Islanders,” and asks the individual companies to explain their “respective performances since the summer”.

See the letter in full below.

As our MP (Conservative), Mr Seely should also be taking the IW Council Cabinet (Conservative) and their Chief Executive to task regarding the abject disasters of their Floating Bridge procurement, commissioning and its continuous failure to achieve the economic task for which it was funded with Government taxes through the Solent LEP.

Why stop there? Why not write to the IWC and enquire about the floatie?

He’s not going to do that – it’s run by his Tory mates!

Vote Up17-5Vote Down
Billy Builder
This comment really belongs against the Hovertravel POD Cast article, but that is not accepting comments: Hovertravel have sold lots of travel cards to commuters based on their 15 minute rush hour service. By cancelling the 15 minute service all hovers running at 30 minutes are fully booked, leaving those commuters who have spent thousands of pounds on travel cards being unable to get on due to… Read more »
Vote Up8-1Vote Down
Sally Perry
We asked the question for you. The response from Hovertravel reads: “The new timetable has been introduced to deliver better reliability for all our customers. Our terms and conditions, which are available on our website, clearly explain that we can amend our timetable and customers can also read about our refund policy on our website too. “Hovertravel is a booked service and, unfortunately, the craft on our… Read more »
Vote Up20Vote Down
Billy Builder

Thanks Sally. Unfortunately the reply shows the total disdain with which Hovertravel treats its customers. But they can do this because we effectively have no choice.