The Isle of Wight MP raised concerns about the impact on smaller haulage firms and coach companies visiting the Island when the clean air zone is introduced. 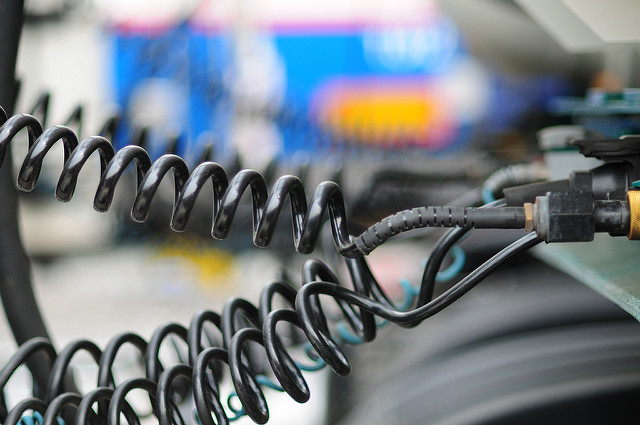 Isle of Wight Conservative MP, Robert Seely has written to Portsmouth City Council to raise concerns about the impact a Clean Air Zone in the city may have on the Isle of Wight.

“I support your efforts to meet these targets and improve air quality in Portsmouth. Whilst I can fully understand the need to comply with the ministerial direction – and also to reduce nitrogen dioxide levels – I am concerned that the introduction of a Class B Clean Air Zone would have a short to medium-term adverse impact on vehicles travelling to the Isle of Wight.”

Haulage and coach firms impacted
Bob is concerned that the Island’s smaller haulage firms and coach companies visiting the Island, in particular, may not be able to undertake the scale of modernisation required in the short space of time between now and the introduction of the Clean Air Zone.

Bob has urged Portsmouth City Council to consider whether exemptions could be applied in respect of vehicles travelling to and from the Isle of Wight – at least in the short to medium term.

“I am very happy to work with Portsmouth City Council to convince Government of the need to take a flexible approach that has regard for the particular circumstances relating to Portsmouth’s role as a gateway to and from the Island, whilst also securing much-needed improvements to air quality in the local area.”

Bob has asked the council to consider the particular needs and requirements of the Isle of Wight and how the Island can work with Portsmouth to deliver improved air quality and meet the Government’s requirements.

Brilliant idea, we should introduce Island wide as well.

Five press releases from Seldom Seen Seely in five days!
Anyone would think there was an election imminently looming….it doesn’t make up for the past two years since you were elected though Bob!

But Bob if you make the island a safe haven for polluting buses and lorries what’s going to happen to all the green verges you want to promote?

Vote Up10-6Vote Down
Benny C
Whatever happened to the eco island policy? Dropped quietly by Dinosaur Dave Stewart who says he doesn’t seem to be able to find any evidence for climate change. Neither does his pal Ian Ward who is cabinet member for infrastructure. These quaint old fellas with their half formed opinions are not the right people to look after the interests of the more enlightened majority. Bob Seeley is… Read more »
Vote Up30Vote Down
Steve Goodman
What happened was well documented in David George’s freely available documentary Wightwash, which deals with both our environmental and poor governance problems (link to follow). Reminder 1 From an OTW item last November: In 2007​ the Isle of Wight Council laid out its Eco Island vision. “We want the Isle of Wight to become a world renowned Eco-Island, with a thriving economy and a real sense of… Read more »
Vote Up10Vote Down
Jenny Smart

Spewing out nasty diesel particulates is not creating a healthy environment for the island’s children.

But then again, the Conservatives, ‘the Party of business’, don’t give a stuff when profits and money are the bottom line.

Vote Up13-11Vote Down
Tamara
There is an even greater threat to our air quality coming from UK Oil and Gas whose plans to drill for oil at Arreton, horizontally would cover great swathes of the Island. Releasing gas into the atmosphere or burning it off, tankers and lorries plying to and fro between ferry port and oil wells, diesel generators. Not to mention water pollution in the Lower East Yar valley… Read more »
Vote Up20Vote Down
Tim

No, the obvious solution is to phase out all polluting vehicles on the island.

Ideally yes but in the meantime we have to live with what we have. Is a great shame though that there are no plans to replace the ferries with a non-polluting solution.

We’re an island Tim, it would be very easy to ban all heavily polluting vehicles from coming over to the island, whilst at the same time reducing the number already on the island.

That still won’t stop all those polluting ferries though!

Well you could argue the ferries are becoming less polluting all the time with the frequent cancellation of service for ‘technical reasons’, or should that be economic reasons to save money when cross Solent traffic is light.

I guess the only exception is the floating bridge, which now needs the costly assistance of a polluting barge to function when the tide is flowing.

Vote Up80Vote Down
prof
Assuming you don’t need goods that come from the mainland such as food and other raw materials and don’t rely on tourism or exports to the mainland, of course. Whilst I agree with your points about the harm done by polluting vehicles and the need to reduce them and seek alternatives we also need to accept the reality of the situation. Unfortunately we are not yet self… Read more »
Vote Up1-1Vote Down
Alternative Perspective

Presumably non or less polluting vehicles will be delivering produce to Portsmouth, so why can’t the same vehicles deliver to the Isle of Wight, and does the island really want tourists if they are trundling around in vehicles that ruin our island environment?

(Government spokesperson to Channel 4 news on the PM’s instruction to explore the possibility of building a fixed link celtic crossing between Scotland and Northern Ireland.