In a bid to reduce air pollution in the shortest possible time, Portsmouth City Council has drawn up proposals for a clean air zone. 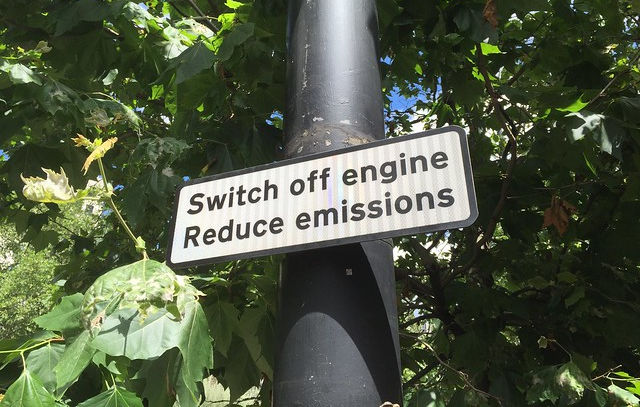 Taxis, buses, coaches and heavy goods vehicles could be hit with a charge for driving in Portsmouth city if a clean air zone is brought in.

In a bid to reduce air pollution in the shortest possible time, Portsmouth City Council has drawn up proposals for a zone.

Private cars excluded
It would only apply to commercial vehicles of a certain age – and not private cars or light goods vehicles.

As reported, the government will enforce a zone on Portsea Island if the council fails to prove by October that it can reduce air pollution. Drivers face a daily charge of between £8 and £20.

“Improving air quality in the city is an urgent matter, one which has seen the government discussing imposing a charging clean air zone on Portsmouth like they have in other places.

“Our analysis has shown that a class B clean air zone, with additional measures, would achieve the level of compliance needed to ensure the health and well-being of people in our city whilst not impacting the economy of our city.”

Several zones were considered, including one known as class D that would include city residents’ vehicles.

“Right from the start I have been concerned about the massive economic impact that a government imposed class D clean air zone would have had on residents here.

“Many people just can’t afford to replace their old car. Although the government could still impose a class D zone on our city, we need to continue with the additional measures to improve our air quality, such as the extra trees being planted, improvements for cycling and the anti-engine idling campaign.”

The council’s modelling shows a class B zone, with a package of other measures that do not involve charging drivers is likely to meet the required air quality standards in the city by the 2022 deadline.

Plans will be considered on 9th September 2019.

Image: londonmatt under CC BY 2.0

2 Comments on "Portsmouth clean air zone plans could bring welcome news for Isle of Wight drivers, but not HGVs"

For coaches and goods vehicles this equates to an access tax to get to the Isle of Wight using Wightlink giving a competitive advantage to Red Funnel.

What could possibly go wrong with that…?

Southampton have already dropped a similar scheme because of the potential economic impact. I really hope this doesn’t encourage them to resurrect the idea.

As Portsmouth Council have ownership of the Wightlink terminal and that whitelink pay a rent for the use,the Council could well find themselves holding a double edged sword.