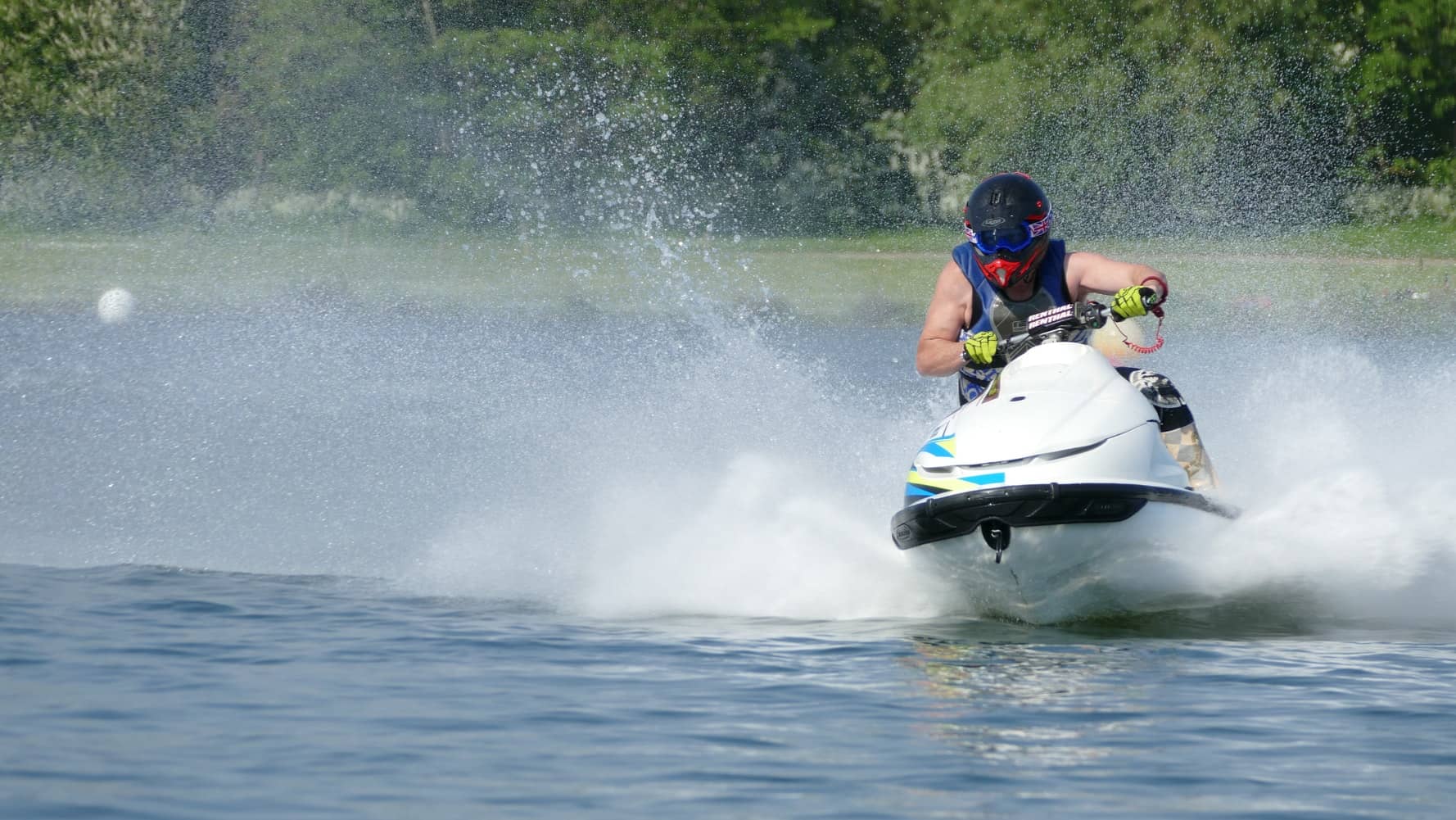 As reported by News OnTheWight at last week’s full council meeting (catch up) work to make Isle of Wight beaches safer could involve a new policy on the use of jet-skis and other powered craft near beaches.

The Beach Management Strategy Framework (BMSF) was passed unanimously at the Isle of Wight Council’s cabinet earlier this month and sets the standards such as how frequently and to what extent beaches and slipways are cleaned, and how safety of users is ensured.

Work needed to improve beach safety and equipment
The council has a set way of managing the 35 beaches it owns or leases, that it says can be easily delivered and is flexible enough to meet changing demands with ever-increasing budget pressures.

In the officers’ report, it was noted additional work was needed to improve beach safety and equipment.

It was also recommended to bring forward installation of safety marker buoys, subject to funding.

Brading: Getting too close to swimmers
Cllr Paul Brading, (Lake South), said he welcomed the ‘long overdue’ policy and that it is the starting point to make the Island’s waters’ safe. He said,

“Long before I became a councillor there were buoys in the bay at Sandown.

“There have been lots of instances last summer with water-powered crafts constantly reported as getting too close to swimmers.”

Another part of the action plan included formalising the ownership of some of the beaches — they are owned by the Isle of Wight Council but have not got a land title, which would allow for possible future development.

Image: David White under CC BY 2.0

newest oldest most voted
chrisofwight
Anything that tends towards greater safety on the water is to be welcomed and, I believe, the great majority of water-craft users of all sorts act in a responsible way. The problem with a well intentioned scheme such as this is that there will be on-one to carry out enforcement against the minority who cause problems. It would also need the enactment of laws, otherwise there will… Read more »
Vote Up41-1Vote Down
Benny C
Spot on. Maybe the dog poo police can hang around on the seafronts between their covert operations and use their skills to bag a few jet ski jug heads. Good practice by IOWC would be to publish the ‘how’, with unassailable budget commitments. The main reasons we have very little money are the chain ferry fiasco and the Island Roads contract mess. Add to the Dave Stewart’s… Read more »
Vote Up18-5Vote Down
Mark L Francis

People who own boats usually know how to sail and how the sea works, but people can rent out these things who have no more experience than coming over on a ferry. It’s like letting people drive a motorbike full speed down a pavement who have never ridden one before but with swimmers instead of pedestrians

In the wrong hands some watercraft are a real danger to swimmers.
Buoys were always part of the Sandown Bay speed markings at sea with specific lanes marked from beach to sea for jet skis. However without any enforcement of speed the buoys become an expensive decoration that had no effect.
If speed is not monitored on the roads then who is to control speed at sea?

The cyclist’s of the sea’s-just the same as on dry land ‘ I’m alright mate,sod the rest of you’