An Isle of Wight firefighter will be heading to Oregon in the USA in August where he will learn about tackling wildfires as part of an exchange trip. 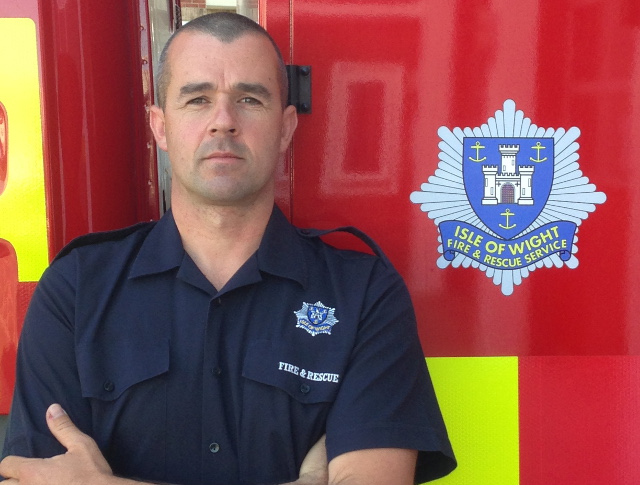 Alan Jones, who is part of White Watch at Newport fire station, will take part in ground operations during a two week stay towards the end of August.

Exchange trips
A number of firefighters from the USA will visit the region later in the year as part of the trip.

Thirty-eight year old Alan will then work with colleagues on his return to introduce what he has learnt and help influence training methods.

“I am very excited and honoured to have been selected to go on the trip to Oregon. It was opened to all firefighters in Hampshire and on the Island but there is only a handful of spaces so I had to apply and then be interviewed for why I wanted to go, a bit like a job interview.

“I am really looking forward to the trip and learning new skills and techniques which I can then share with my colleagues on the Island and in Hampshire.”

“Exchange trips such as the one to Oregon are important as it enhances the Isle of Wight’s ability to deal with incidents involving land fires for example.

“I know that Alan and his colleagues from Hampshire will learn an awful lot while in Oregon and we look forward to welcoming our colleagues from the USA later in the year.”

A date for the return visit by officers from Oregon will be confirmed in the next month.

I’d suggest they conference call it and save the cash. Austerity and all that.

Vote Up00Vote Down
Fireman Sam
It beggars belief that Hampshire Fire Authority is sending four Firefighters including one from the Isle of Wight on a Jolly for two weeks, Expenses paid by the Tax Payer to Oregon to learn how to put out Grass Fires. In order to cut costing for the Isle of Wight Fire Service the Control Centre was passed to Surrey Fire Brigade, IOW Council have now passed the… Read more »
Vote Up00Vote Down