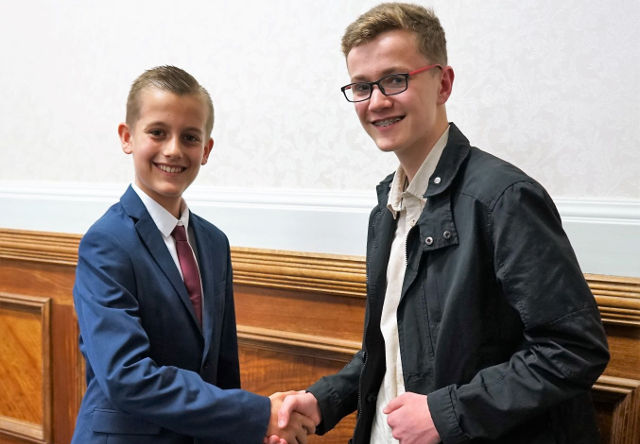 The Isle of Wight’s General Election candidates will be grilled by young people at a youth hustings.

Organised by the Isle of Wight Youth Council and Member of Youth Parliament (MYP), five of the six parliamentary candidates have confirmed they will attend the event.

Confirmed as attending
Candidates Carl Feeney (Independent), Vix Lowthian (Green), Karl Love (Independent), Bob Seely (Conservative) and Richard Quigley (Labour) will answer questions put to them by students and young people about their policies and plans for the Island.

Lethbrige:
MYP Isaac Lethbrige, 16, said it was a brilliant opportunity for young people to engage with politics.

“It is really exciting. We will hopefully set a precedent, with the possibility to do this for every general election.”

Speaking about the candidates, Isaac said he was sure the Island would have a local champion after the votes are counted.

Lethbrige: “All motivated to do the best for the Island”
He said,

“I think they are all brilliant.

“I have my own opinions, so I don’t necessarily agree with them nationally, but they are all motivated to do the best for the Island.

“I would say to the candidates to treat the young people of the Island the same as you would the adults.

“Treat their concerns with the same level of importance.

“Just because we cannot vote, it does not mean the decisions won’t affect us or we don’t care — they will affect us the most.”

Get involved
People of all ages are welcome to attend the hustings but students and young people will be the only groups allowed to ask questions.

The event will be held next Wednesday (27th November), at 4.15pm, at the secondary site at The Bay CE School, Sandown.

To submit a question in advance, email [email protected]

Last time there was a “meet the sixth form” event they took down Tigger Turner and forced him to resign in days.