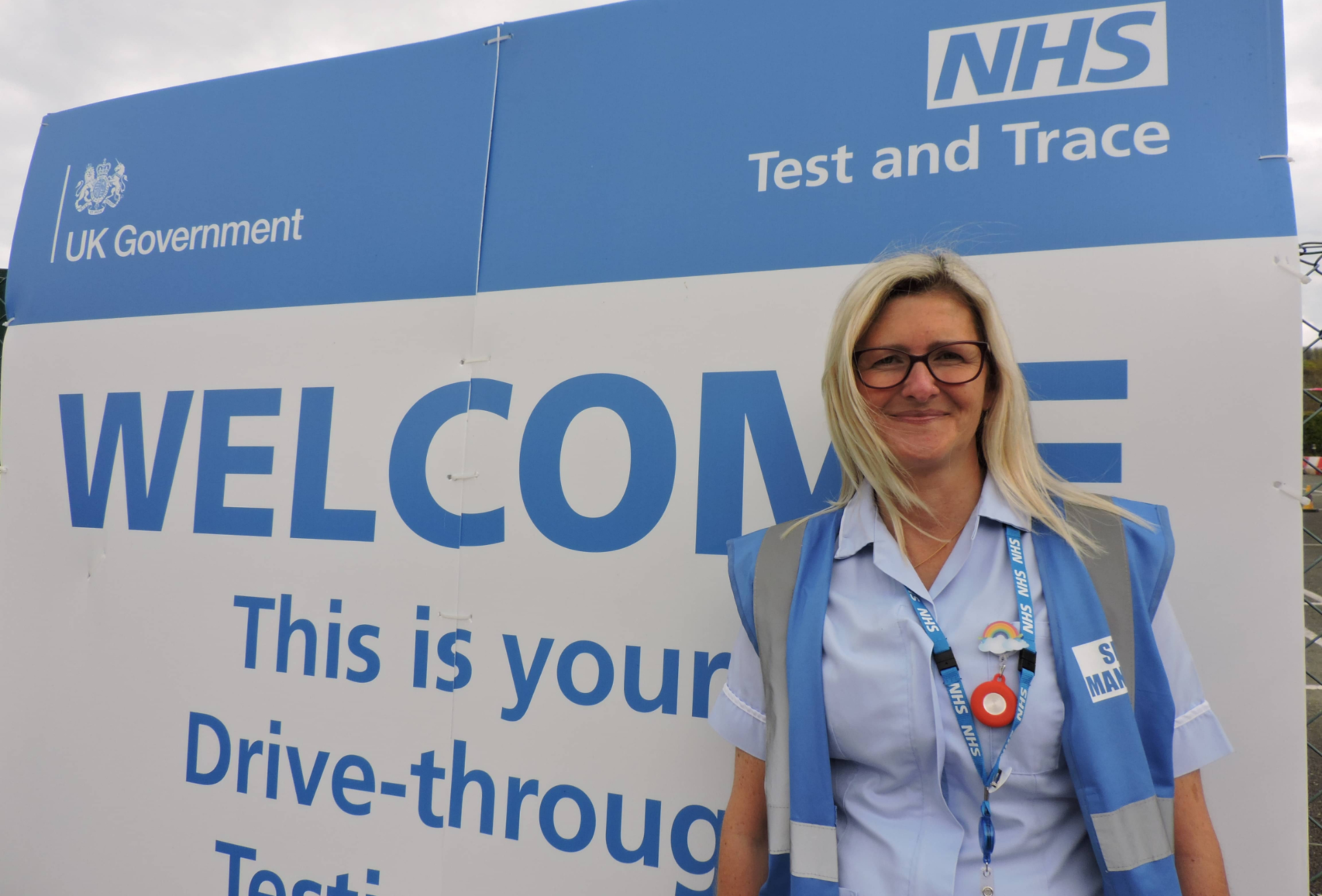 “We have laughed and cried but staff have worked hard in an ever-changing Covid environment.”

Site manager of the drive-through Covid test centre on the Island, Victoria Bamford, has shared what the past 12 months on the frontline have been like.

In April last year, the Island’s drive-through testing centre was set up at Medina Leisure Centre to help test the increasing number of people who potentially had the virus.

The army had set up the testing site but had been overwhelmed by the initial amount of people that required testing following a panic from the public as ‘no one really knew what to do’.

Previously a community nursery nurse whose role ground to a halt at the start of the pandemic, Victoria said she felt helpless before she was called to work at the site on its second day, but was relieved to start as she felt like she was making a difference.

Bamford: Was daunting, but equally an adrenaline rush
Victoria said,

“Suddenly, to stand on the frontline in full PPE was daunting but equally an adrenaline rush.

“My first day was very wet — we had rain and hail storms for most of the day with just an Army marquee for shelter; they were used to such conditions so we felt we needed to step up.”

The first few days Victoria was at the test site were very busy with over 200 people a day, as well as supporting care homes by acting as the intermediary, collecting tests and taking them to St Mary’s Hospital.

Support for so many
It is not just care homes the site has supported, but local businesses, health professionals and even the film crew who were on the Island last year, shooting The Beast Must Die.

Despite quietening down over the summer, a rise in cases in November saw the centre, which had then moved to Newclose Cricket Ground, become a hive of activity, with Victoria having to think on her feet to cope with demand as testing slots increased from 124 to 336 a day.

During the rapid spike in January, the team were testing 557 people a day and saw a mobile testing team sent to support them.

Bringing brightness to serious situation
Although the team’s job is extremely serious, they have been able to find the funny side in things more often than not — hanging onto the leg of a marquee with the army in a hail storm; someone turning up with their home phone to sign in, thinking it would work; broken down cars which needed bump starting and a set of flying false teeth during a throat swab!

The staff have also celebrated special moments together, during the unprecedented times, including a 40th, a 70th and a soon-to-be 50th birthday, as well as dressing up a colleague in a veil on the day they should have had their wedding.

Victoria said she has met some lovely people at the site — interacting with some who had had no contact with anyone else after losing a relative or with a loved one still in hospital.

“They have laughed with us and cried with us but unequivocally grateful for the job we were doing.

“I commend all the staff in the trust for working so hard in the most challenging of years.

“I would like to thank everyone who has been part of the Covid test site for their hard work and commitment. Our recent award of Isle of Wight NHS COVID Team of the year is a testament of the input from everyone who has made it work.”

Thanks to Victoria and al her team for their Sterling efforts over the past year or so. It’s been much appreciated