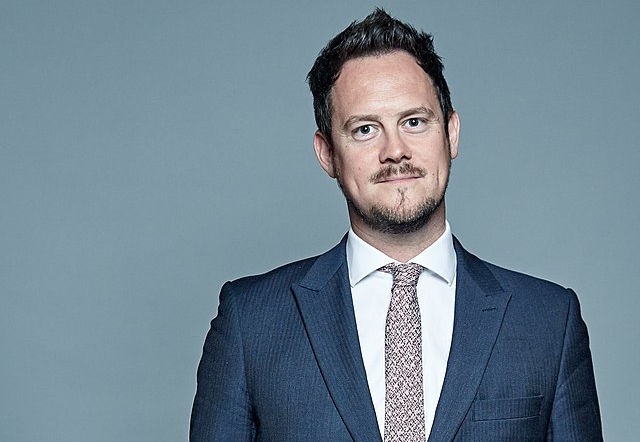 Stephen Morgan, the Labour MP for Portsmouth South, who is also Shadow Minister for Local Government (Communities), has raised the issue in Parliament of improving transport links between the Isle of Wight and Portsmouth.

As well as asking what steps the Secretary of State for Transport’s Department have taken to improve transport links between the Portsmouth and the Island, Mr Morgan asked,

Freeman: Half-hourly train service to the pier
In a written reply, George Freeman MP, Minister of State (Department for Transport) spoke about the recently-announced £26m for Island Line,

“The department recently announced a £26 million investment in new trains and track improvements on the Isle of Wight’s Island Line. The improvements will include a new passing loop at Brading, which will help to deliver an even interval half-hourly service to the pier.

“This will allow the train to connect better with local ferry services. This follows a multi-million pound commitment for Network Rail to make improvements to renew Ryde Railway Pier where trains connect with ferries to Portsmouth.”

“These services are provided on a commercial basis by Wightlink and Hovertravel, without financial support from Government. The frequency of services, fares and other matters relating to the services are for those companies to determine.”

Mr Freeman went on to add,

“The Secretary of State met the hon member for the Isle of Wight (Robert Seeley MP) in August to discuss ferry services between the Island and the mainland generally, including fare levels and service reliability.”

Perhaps Portsmouth is concerned the increasingly unreliability cross Solent ferry service is resulting in fewer Islander’s travelling to the mainland on shopping trips.

Vote Up100Vote Down
Angela Hewitt
Portsmouth Council are aiming for less air pollution from traffic – Like London – less emissions etc. They have even considered an emissions charge. Better Island rails links to ferries and therefore mainland trains may increase users and less vehicles on car ferries. Also as someone else has commented earlier to get to work in Portsmouth and surrounding towns. Portsmouth, obviously will offer good ,cheap, even free… Read more »
Vote Up100Vote Down
Mark L Francis

Since I have never been a tourist on the IOW, I never took a “Mystery tour”. I believe they went along Beacon Alley & ended up at the Buddle but maybe that was just a rumour. now all the buses seem to end up in Newport.

Great to see the Labour party step in where Bob has failed to deliver, hopefully Julian will grow a pair and join in!

What’s it got to do with him?