Remember that £500k the council mispaid? The court has reached its final decision

Two years after a payment of over half a million pounds was paid by a council employee to Pihl, a bankrupt company, the court has made their final ruling on what happens to the money. 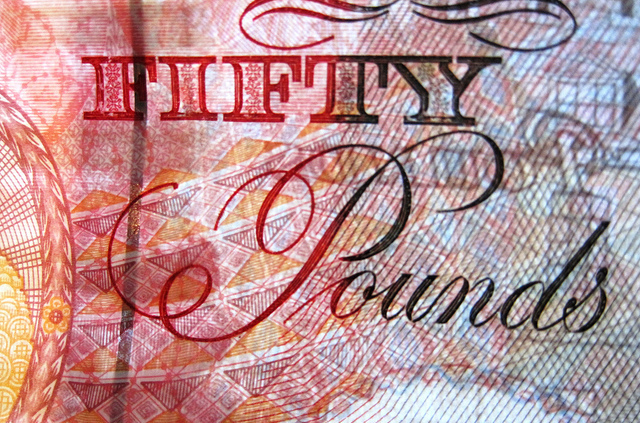 As OnTheWight has previously reported, in November 2013, after being told not to make any further payments to Pihl (the contractor for Cowes Enterprise College who had filed for bankruptcy in August that year), a member of staff at Isle of Wight council paid £517,878 to Pihl’s bank account.

Making a payment in error after a company has gone into administration is not an easy mistake to rectify, however, the cash-strapped council sought to reclaim the payment from the administrator through the courts (see background).

Latest court ruling
Alan Limb (a Licenced Insolvency Practitioner from BRI Business Recovery and Insolvency who lives and works on the Island) has kindly pointed OnTheWight in the direction of the latest episode in the saga.

The latest administrator’s progress report, reveals that on 7th October 2015, the court found in favour of the administrator retaining £120,000 of monies paid, with £305,422 being returned to the Isle of Wight council.

Two years after the payment was made in error, the council will now see around 60% of the money paid in error minus legal fees (and of course officer time).

Ring-fenced funds
OnTheWight understands that the money, now returned, can only be used to pay for works at Cowes Enterprise College, as it would have come from the original Government grant to build the £32m school.

Of course, we must not forget that when Pihl went bankrupt, they left behind an incompleted contract and unfinished school, which the Isle of Wight council has to find the cash to complete.

Background
When court proceedings commenced, the administrator claimed that at date of administration, the Isle of Wight council owed Pihl a total of £577,997. This broke down to £425,422 on retention and £152,575 contract monies.

And so, because there were catalogue of items the council were unhappy with on the Cowes Enterprise project, the use of officer time and legal fees to recover the money started.

First court decision
In April 2015, the court found in favour of the administrators for contract monies.

This meant the council would not see £152,575 of the money paid in error returned to them.

The IWC continued to fight to reclaim the remaining figure, with the latest ruling being the outcome.

OnTheWight will be seeking detail of legal costs and officer time.

10 Comments on "Remember that £500k the council mispaid? The court has reached its final decision"

OTW might also want to ask the IWC why it didn’t announce this finding over a month ago.

Oh dear ! Half a million would have been very useful …among other things…on the Undercliff. Never mind, Asda should be handing over loads of money….though less than expected…..soon. Please try to keep a hold of this lot
……don’t be be so full of largesse this time. WE the taxpayer and owner of the money would like to see it spent wisely. Please.

I’m just waiting for the (belated) statement from IWC to the effect that since this regrettable occurrence, measures have been put in place to ensure that it could not happen again.

And of course I shall believe it.

I wonder what Father Christmas is going to bring me this year…..?

Vote Up00Vote Down
S Osmund
Councillor Jordan responded to this issue in these pages by saying that the money was correctly owed and therefore no error was made and that they were not a “fly by night” organisation. This begs the question why did they then go to court to recover it? We still do not know who authorised the payment but presumably it would have been at a senior level in… Read more »
Vote Up00Vote Down
A.Pugin

No doubt he will blame the MP and central government for it-our current council seem unable to get a grip and blame anybody but themselves.
I used to be proud of our Island, but I am now ashamed.

I feel your pain. When we have a council of 40 folk who most are just shop keepers and self serving hypocrites, it doesn’t bode well.

There are one or two who seem genuine and sincere, even capable, but they are totally outnumbered by the rest of the egotists in the ranks.

‘Just shopkeepers’? I think the snobbery implicit in that phrase says more about you than it does about the people you may be seeking to disparage.

You What Rupes? You calling me a snob you bounder?

£300,000 will not go very far with all the building faults that still need to be rectified at Cowes Enterprise College. Shame that the many design and building flaws were not uncovered any earlier.
A fully functional replacement for the old building could have been constructed for a lot less than £32m…

Vote Up00Vote Down
S T Osmund
On 20 May 2015, Councillor Whitehouse said ” ..the building is acknowledged to be a great white elephant half empty with a leaking roof and design flaws … This is a sorry tale of incompetence, vanity, lack of professionalism and potentially much worse which makes the project the biggest public procurement scandal in the history of the Island…I am embarrassed to admit that the project was commissioned… Read more »
Vote Up00Vote Down