Cllr Wayne Whittle said “it is disappointing that it [AEW] continues to find ways of doing anything positive to finally resolve the future of the facility for the community of Ryde”. 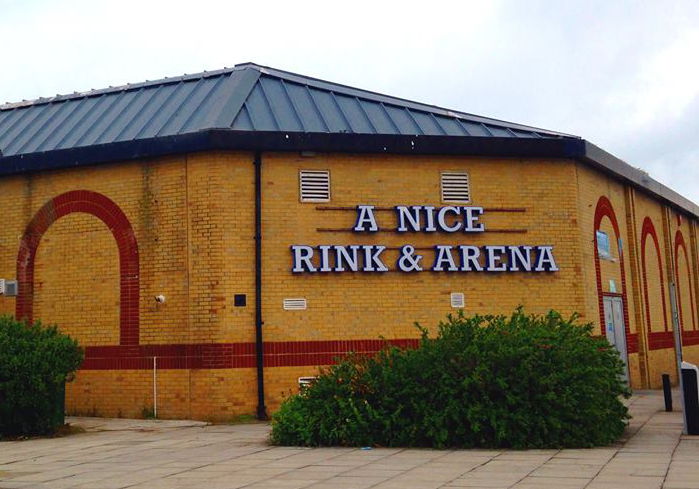 The council share this latest updated on Ryde Arena. Ed

A dispute over the lease for Ryde ice rink has been referred to arbitration, meaning court proceedings with AEW are on hold.

The Isle of Wight Council took legal action because it believes AEW has breached the lease for the seafront facility, which has been closed since October 2016.

However, a scheduled court hearing did not take place earlier this month after AEW referred the matter to arbitration, which will determine if a breach has been committed.

The court proceedings have been stayed – meaning they are on hold – until the outcome of the arbitration process.

“The council was absolutely right to issue legal proceedings because the court can deal with forfeiture and possession matters.

“We felt this was the best way of bringing this to a swift and final conclusion.

“Under the terms of the lease, AEW was entitled to refer this to arbitration.

“If the arbitrator finds there has been a breach the court process will recommence and forfeiture and possession will be sought.”

“After over two years of waiting for AEW to reopen the building, it is disappointing that it continues to find ways of doing anything positive to finally resolve the future of the facility for the community of Ryde.”

newest oldest most voted
michael5rydeeast
This is sad news in that the saga just goes on and on, and AEW just don’t care. I do not think they have any understanding of corporate responsibility. The good news is Island Skaters go on and on to achieve more and more without a rink. The IW synchronised skating teams have recently won medals at national competitions even by travelling on the 3am ferries to… Read more »
Vote Up240Vote Down
Dalek

Is it me or does Cllr. Whittle’s statement not make any sense?

Yes, it doesn’t seem to make any sense. As with all press releases we share from the IWC, it is unedited and published how it arrives.

Vote Up100Vote Down
the auditor

I agree with Dalek. Councillor Whittle’s comment should probably read “it is disappointing that it (AEW) continues to find ways TO AVOID doing anything positive….”