However, civic chiefs have hit back saying no decisions have been made yet and stressed they are exploring the idea at this stage, but that this is the “typical knee-jerk reaction” they get from the Itchen MP. 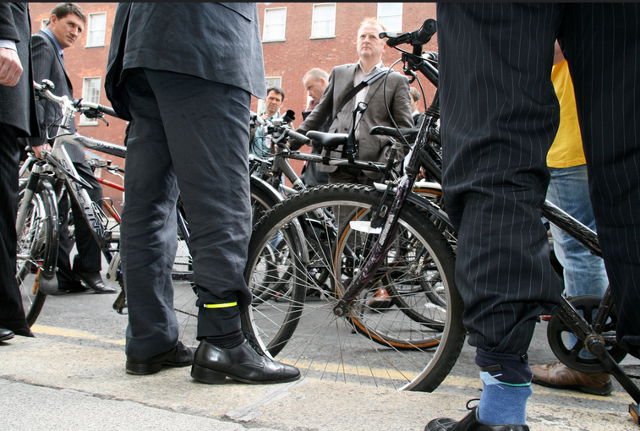 Plans for a car-free day in Southampton to support Southampton’s Clean Air Zone proposals have been branded “damaging for the local economy and too radical”.

Southampton Itchen MP, Royston Smith, said civic chiefs should look at other measures that would tackle air pollution as a car-free day would push people to go shopping in Winchester or Portsmouth.

Civic chiefs hit back saying no decisions have been made yet and stressed they are exploring  the idea at this stage.

Local authority looking at plans
The news comes after members of Clean Air Southampton and Southampton Friends of the Earth suggested the idea to Southampton City Council (SCC) earlier this year.

Last week the authority confirmed it is looking at the possibility of a car-free day.

City bosses said they hope to trial it this year but said they are in the early stages of planning and working out how a car-free day will be delivered.

Smith: “It’s too radical”
Now Mr Smith is urging them to look at different options that would help reduce pollution and said a park-and-ride would work better than a car-free day.

“I think it’s too radical. There’s lots of things they can do which are better and more practical. I welcome suggestions about cutting congestion and emissions but Southampton cannot act in isolation.I would suggest the council deal with some of the hot spots for standing and idling traffic, which would yield more sustainable benefits, before doing something so radical.”

Smith: Where’s the money going to come from?
He said a car-free day would only work if the entire country would go car free on the same day so that none of the cities will be penalised.

Mr Smith also said the initiative would be costly and added that publicising it to raise awareness will be a challenge. He added,

“They are going to lose a lot of parking revenue and so they’ve got to pay for it. Where’s the money coming from? How much is going to cost just the closure of the roads? Who is policing that? It is so complicated and so costly.”

Following Mr Smith’s comment, Cllr Jacqui Rayment, cabinet member for environment and transport, stressed that no decisions have been made and said there are pros and cons and all of them will need to be addressed.

“This is just an idea we’re exploring at this stage. Sadly, this is the typical knee-jerk reaction we get from our Itchen MP.

“He agrees that we need to tackle air pollution, yet comes out strongly against anything which the council considers doing which might do that.”

Image: thegreenparty under CC BY 2.0