The Leader has met with Southern Vectis and obtained an assurance they would now consult with town and parish councils. 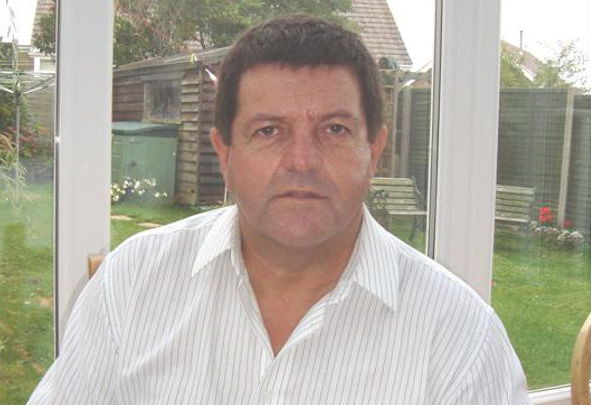 This received from Chris Whitehouse last night (Thursday). It follows a meeting between the Leader of the council and Southern Vectis and their commitment to the winter timetable throughout the year. Ed

Leader of the Isle of Wight council, Dave Stewart, has negotiated a stay of execution over plans by Southern Vectis to axe the number 6 bus route on the Island this summer.

The company will now consult with parish and town councils along the route after Dave intervened and met with Southern Vectis manager Richard Tyldsley yesterday to express his dismay at the proposals, and their failure to speak to interested parties.

Financed by Town and Parish Councils
The popular route runs through Chale, Whitwell, Niton, Chillerton and Gatcombe and is financed in the winter by town and parish councils keen to see rural bus links kept alive.

The caretaker leader has previously criticised the proposal and said he had a frank and open discussion with Vectis, who acknowledged there should have been a consultation with councils on the plan, especially considering their financial stake. The company will now meet with the councils along the route to better appreciate their concerns and consider their feedback.

A stay of execution
Dave said,

“This was a constructive meeting, but one in which I made it clear to Southern Vectis it had acted very hastily proposing the axing of this route.

“This was especially regrettable when parish and town councils put money into keeping it running through the winter months, but then they are given no chance to make representations when Southern Vectis plans to stop the service.

“I’m delighted the company has now decided it needs to know what residents and councils think and it will consult on these plans, which have rightly caused concern to residents along the route and which I continue to oppose.

“This is not a victory and the plan still remains on the table, but it is a stay of execution and I hope Southern Vectis now listens carefully and decides that common sense must prevail and this route must run, as usual, this summer.”

newest oldest most voted
Niton Boyo
It’s a bit strange that Chris Whitehouse does not make it clear in his press release that it is the SUNDAY service that is financed by the town and parish councils in the winter (as mentioned by one of the parish councillors for Niton – https://onthewight.com/rural-bus-service-first-in-decades-to-operate-without-iwc-funding/#comment-948007). By not pointing that out, he’s making it sound like the town and parish councils are financing the entire service for… Read more »
Vote Up00Vote Down
Nitonia
Cllr Stewart to his credit (I know I know!) often involves himself in community issues. In this case the cutting of rural bus subsidies has isolated communities a little. When the GP surgery closes (it’s no longer if) that isolation will get worse. The irony is that the reduction in real terms funding to both the IW Council and the CCG are as a result of tory… Read more »
Vote Up00Vote Down
steve stubbings

Vote Up00Vote Down
Jon Young
Niton Boyo is correct. As I understand it, this “stay of execution” is, in fact, only likely to last for as long as it takes for SV to get the three parish councils into a room and ask us for money. We have had no direct contact with them so far, and neither have we had an apology for the false information which has appeared in their… Read more »
Vote Up00Vote Down