OnTheWight chatted to an EU national who’s been working in the Isle of Wight NHS for close to ten years, to try and understand what life has been like after the vote and before Brexit. In summary: unsettling and stressful. 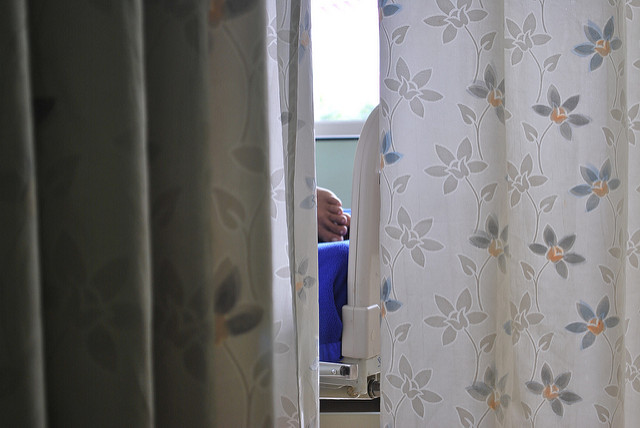 As reported by OnTheWight this morning, according to data from NHS Digital that has been collated by Bureau of Investigative Journalism (TBIJ), almost 20% of doctors within Isle of Wight NHS Trust are EU nationals. Other roles within the hospital are also impacted.

The figures are all very well and do tell their own story, but OnTheWight wanted to try understand what the human side of the story way and share it with Islanders.

To get an idea of how the Brexit vote has impacted EU staff on the Island, OnTheWight spoke with Michael (not his real name) who has been working within the IW NHS for nearly a decade and comes from another EU country.

How the Island voted in the EU Referendum
The Isle of Wight voted overwhelmingly to Leave the EU in the 2016 Referendum.

The message is “constantly changing”
Michael started by explaining that he spends a great deal of his spare time now keeping an eye on the news and social media, increasingly trying to stay up to date with the UK Government’s Brexit plans – and that was stressful.

He explained how the message coming out from the Government is “constantly changing”, adding to the already heightened concern about his position.

“At the moment there is nothing else I can do except hang in and wait.”

Reports of hate crime
Asked whether attitudes had changed towards him since the EU Referendum, Michael told us that he was lucky to have a great deal of support from friends and colleagues.

However, following the vote in 2016, he’d found himself on the receiving end of very strong verbal abuse in the street connected to his nationality – which he reported to the police.

Other EU nationals working in the UK that Michael had met through online forums also spoke of a change in attitude towards them following the vote.

Where to go?
Michael’s long-term partner is British. He went on to explain the uncertainty of the situation if staying in the UK became too difficult and he decided to move back to mainland Europe.

With it being unclear as to whether his partner would be able to live in mainland Europe without jumping through equally difficult hoops, Michael said he is a position of limbo, having no idea what would happen in the future.

Pension worries
Having worked for the NHS and paid into the UK system for almost a decade, Michael is obviously concern about what would happen to his pension.

As reported by the Financial Times in the summer, if the country enters into a no-deal Brexit, after 2020, pensions to those living abroad could be deemed illegal.

For now, Michael and his partner will have to wait to see what happens with Brexit before making any plans for the future.

Whatever happens in the future, it seems unfair to me that EU workers who came here perfectly legally should find themselves in such stressful and uncertain circumstances.

Hasn’t the Government said on more than several occasions that they would like EU workers already here to stay?

Interesting article. No one should face racism on the streets of the UK, not least people who work in the UK.