Undercliff Drive: Life is anything but ‘back to normal’ for some residents

Were you under the impression that once the access road was built for residents in the landlocked properties on Undercliff Drive everything went back to normal? Sadly, it appears this was not the case and here are just a few reasons why. 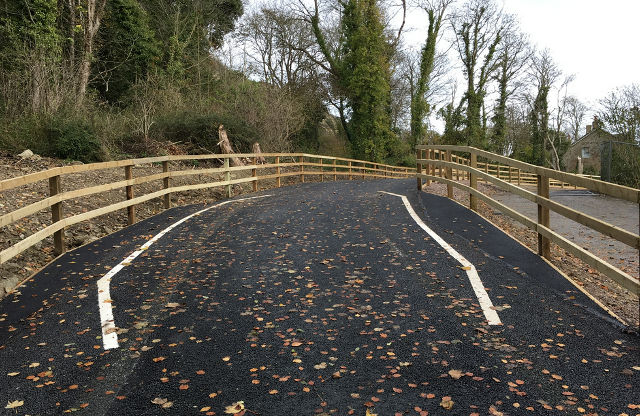 It’s been a while since OnTheWight has reported about the long-running Undercliff Drive saga, so you might be mistaken for thinking that everything was all hunky-dory and tickety-boo down in deepest darkest St Lawrence.

Sadly for those who went through what was often described as a “living hell”, it appears to be anything but back to normal.

Damning LGO report
In April 2017, a damning report by the Local Government Ombudsman (LGO) found that the Isle of Wight Council’s actions and delays following the February 2014 landslip on two sections of Undercliff Drive, “caused significant disruption to lives, financial loss, and stress”.

So it was shocking to hear that for those living in the affected area between Ventnor and Niton, life has still not gone back to normal, following the many years of stress.

Smedmore: “Most stressful time of my life”
Gary Smedmore, of the Undercliff Glen Caravan Park, told OnTheWight it would be a gross understatement if he said the last four years “have been the most stressful” in his life.

Not only has he had a massive loss of earnings, but has had to outlay costs over those last four years too, with long-running battles over council tax, utilities, business rates and all the while, not being able to operate his business.

Gary told us that he can’t open his caravan park, or even start work on renovations and repairs until he’s seen the official safety report for the ‘temporary’ road from the west that was built by Island Roads between September 2016 and February 2017.

He said he and the other residents have had no official notice from the council stating the road is open and safe to use.

The signage – or lack of it – at the Niton end apparently results in dozens of cars driving down the dead end road, only to have to turn around and head back the way they came from when they realise they can go no further. Often, we’re told by one resident, screeching off in anger.

Spot the signage, if you can 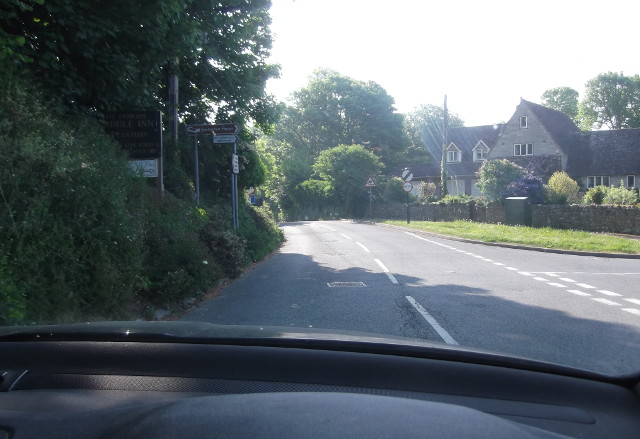 The fact that the road is still showing as open on Sat Navs isn’t helping, but residents say the signage needs to be far clearer at the Niton end.

One resident counted 52 cars turning round in the time it took her to trim the garden hedge one day.

Blocked turning head
The turning head, that was created to allow drivers to turn round had they failed to see the dead end signs at Niton, was, for some time the resting place for a traveller, who decided he rather liked the idyllic woodland spot and thought he’d stay a while.

A resident has told us that at one point a man even set up a drum kit in the turning head, so he could practice without disturbing his neighbours.

Perhaps he was unaware that around the next corner there were families living in the once landlocked homes. It’s highly possible that he hadn’t considered the wildlife in the SSSI area either.

Near collision?
This car below – which was left on the access road with one wheel over the edge – appeared to have swerved to avoid another car coming round the single track carriageway on the blind bend. Although it was removed the following day, it remained in this position overnight. 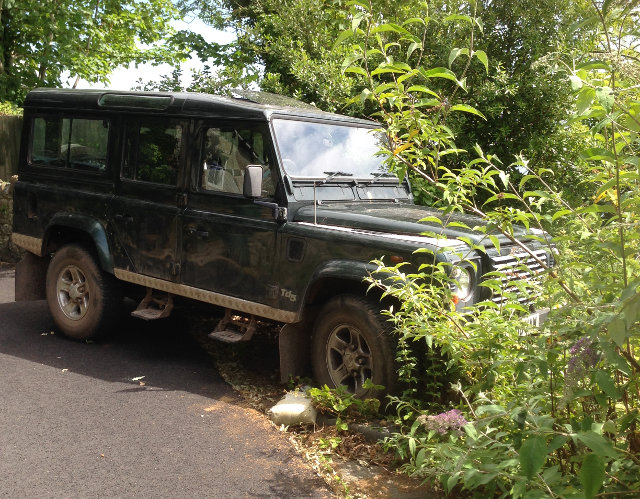 These are just a small handful of some of the issues that have come up over the last 18 months.

Public meeting
Back in February 2017, Leader of the Isle of Wight council, Cllr Dave Stewart, said he would get Undercliff Drive open again as a through road. Over a year later and according to residents, several options are being looked it.

A public meeting is being held on Saturday 9th June at Niton Village Hall between 2-4pm where Cllr Stewart, who is also the ward councillor for Niton, Whitwell and Chale will be updating residents on the latest news.

7 Comments on "Undercliff Drive: Life is anything but ‘back to normal’ for some residents"

newest oldest most voted
dennisthegrockle
Firstly, to admit that we are overners who stay on or beloved IOW at least four times a year, so our “suffering” is nothing compared to what the residents on the closed part are going through. The Undercliff is probably the most beautiful road on the whole Island and it is sad that it is not possible to traverse the whole road now but the hardship for… Read more »
Vote Up28-2Vote Down
holdmyheadinmyhands

An election promise Dave Stewart has not even bothered trying to follow through ….. what a surprise !

Along with, for example, “all education on the Island will be good”.

Vote Up20-4Vote Down
bigj
???? From the Niton end, at the junction with St Catherine’s Road, Google Earth shows clear signage ‘ROAD AHEAD CLOSED’ – ‘closed until further notice due to landslip’ – ‘mandatory 6ft 6inch maximum road width’. Is the traffic problem more to do with a dependency on sat nav than anything else? (I know its off topic but how will pedestrianised Ventnor cope?) If, as it appears, the… Read more »
Vote Up5-2Vote Down
buckle
Sadly bigj, those ‘Road Ahead closed’, ‘Closed until further notice due to landslip’ and ‘Diversion’ signs were removed months ago. Why? Nobody seems to know. A single ‘No through road’ sign takes their place with no indication as to where the end of the road is unless you travel down it, find out it is closed before the intended destination and then have to retrace your steps… Read more »
Vote Up70Vote Down
bigj

Thanks Buckle – I will try to fit in a walk that way soon.
Begs the question – how do we get the signs returned.
I’m not a big fan of satnav – on this little Island?