University system should be based on merit, not ability to pay, says Green Party spokesperson (updated)

The Green Party’s national education spokesperson believes we should return to a post-18 education system which values hard-work and achievement and is based on merit – not your ability to pay. The Labour spokesperson says this is cost-cutting “disguised as genuine consultation”. 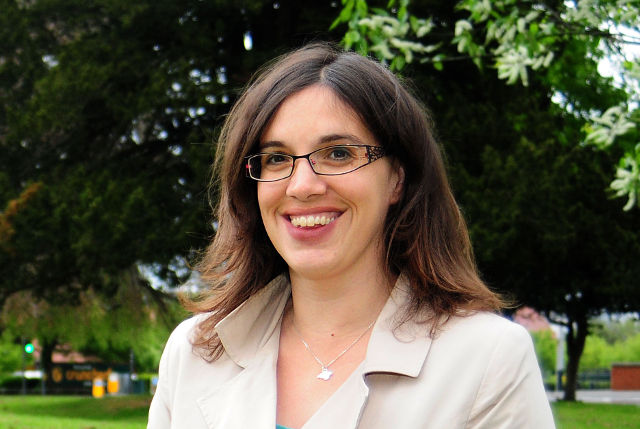 “The review into funding for Further and Higher Education is an admittance that after eight years of a Conservative government, their policies of high tuition fees and competition between institutions has failed to deliver.

“The combination of over £9,000 per year fees, removal of maintenance grants for even the poorest families, and reliance on loans with over 6% interest rates, has resulted in stagnation which is treating education as primarily a business and not a society good.”

System should be based on merit not ability to pay
Vix went on to say,

“As a Sixth Form teacher on the Island, I have witnessed a significant increase in ‘unconditional offers’ being made to our young people as universities clamour to bag the £30,000+ fees from each student, without them achieving any particular grades.

“We must return to a post-18 education system which values hard-work and achievement and is based on merit – not your ability to pay.

Bring back bursaries
Setting out her hopes for the outcomes of the review, Vix finished by saying,

“I hope that the government review will bring back bursaries for nursing and care staff, will provide more flexibility for adults to go back to studying part time, and will elevate Further Education and vocational training as on a level with more academic study.

“As a society we all benefit from well-trained and educated citizens – whether that is based on the arts, humanities, science or technology. They all have great value. I am yet to be convinced that the government review will scrap tuition fees, increase access to post-18 education – and actually go far enough.”

“Like so many things this Government does, the review is a cost-cutting measure disguised as genuine consultation. The review’s terms of reference make it clear that no real change will be considered.

“Crucially, cripplingly high tuition fees will remain in place, as will the exorbitant interest rates levied on indebted young graduates. Meanwhile, the Tories’ floated idea of fining students for taking science and technology degrees by charging them higher fees is frankly bizarre.

“This Government voted to triple tuition fees, scrap maintenance grants, and slash funding to FE colleges, and now is putting forward a review of its own policies as if it’s somehow not responsible for what it has done.

“The Labour Party made its position clear in our Manifesto in June last year: scrap tuition fees, bring back maintenance grants, and create a properly-funded, cradle-to-grave National Education Service, so that all our citizens, young and old, have the opportunity to use education to develop their skills and knowledge in order fulfil their potential.”

9 Comments on "University system should be based on merit, not ability to pay, says Green Party spokesperson (updated)"

newest oldest most voted
fedupbritain
How about make more lectures/seminars/tutorials on line so people can study at home/after work etc reducing the cost of accommodation (sell off halls of residence for housing) – i.e. make more universities virtual (this would also allow for more cross-pollination of ideas and theories to enhance learning). Also why not extend term times to 47 weeks a year and have degrees completed within two years instead of… Read more »
Vote Up8-2Vote Down
electrickery
fedup.. one of the major values of a university degree course is that it takes you away from your comfortable home environment and forces you to hold you own with peers who will certainly not always share your views. At the same time, the aim of the courses is to teach you to think for yourself, both within your own topic and outside it. None of this… Read more »
Vote Up40Vote Down
fedupbritain

‘life experience’ means pound-a-pint nights, ‘fending for yourself’ means getting yourself home in a shopping trolley.

Vote Up4-2Vote Down
beacher
Nearly choked on my cornflakes when I read this article !!! As usual for wannabe politicians it’s all everyone else’s fault but my party can fix it. Fact. Labour introduced student fees..in my opinion to in another cynical ploy to get the cost off books ..just like PFI’s. The Labour Party didnt make clear they would scrap tuition fees , they just offered it to buy votes… Read more »
Vote Up12-9Vote Down
juliancritchley
Some inaccuracies there, beacher. Labour didn’t introduce PFI – that was the Tories under John Major in 1992. New Labour did introduce tuition fees. You may have noticed the party is now under new management. The Labour Party did make it clear we would scrap tuition fees, and we still do. Here’s a quote from our education spokesperson Angela Rayner, yesterday: “We will abolish tuition fees, bring… Read more »
Vote Up7-13Vote Down
electrickery

I hadn’t noticed that the Labour Party was under any kind of management (unless you count Momentum dictatorship).
Not that I’m suggesting that is unique to the Labour Party…

Vote Up7-4Vote Down
profoundlife
Julian, that’s a bit of a my-version-of-history take on it. Beacher didn’t say Labour introduced PFI if you read it. After the single figures of deals done under Major, though, it was Blair+Brown who got hundreds onto the books. The coalition and current Tories haven’t pulled back much, but the PFI problems really were on Labour’s watch (I know you’d like to disown them, but alas, that’s… Read more »
Vote Up6-4Vote Down
Vix Lowthion
The universities currently take £27k in fees and then there are the £5k+ pa accommodation charges and other sundries. At the moment because the funding follows the student and not centrally, the business model is similar to our private and public schools. Some are selective – but the others merely compete for custom and will take your child regardless. That’s where we are now. It’s a failing… Read more »
Vote Up8-7Vote Down
profoundlife
Vix, I’m not sure about the £30,000+ fees – almost everyone takes a 3 year course and fees are capped at £9,250 currently. Putting that to one side, though – I have also seen an increase in unconditional offers, but what would change if that money came from government without needing to repay instead of government, with the possibility of repaying? Surely the incentive to get bums… Read more »
Vote Up6-8Vote Down