Vaccines. An exploration of Social Media claims of what they do and don’t contain

Richard has been concerned at posts on Social Media about some of the claimed ingredients of vaccines. Here he explores some of them, laying out his findings 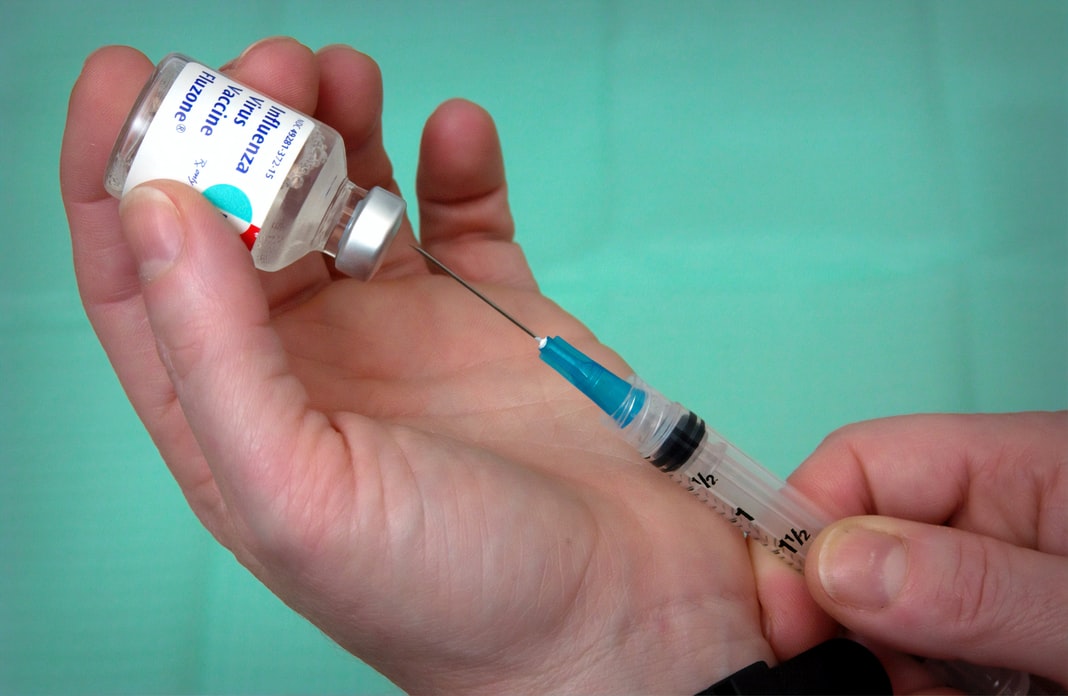 Richard Cattle shares his findings on the subject of vaccines and their ingredients. Guest opinion articles do not necessarily reflect the views of the publication. Ed

At no time in my life have I ever seen so much concern across social media regarding vaccine ingredients due to the current Covid-19 crisis we are living through in these difficult times. At no other time in recent history has there been such a rush to create one, and at no other time in history has fake news been able to spread its insidious tentacles across social media faster even than an infectious disease.

What this isn’t about
Let’s get a few things clear before we move on. I am not here to discuss the new vaccines that are being researched for Covid-19 like the one currently being done at The University of Oxford ‘ChAdOx1’.

I am not here to discuss conspiracy theories surrounding vaccines. I am also and most importantly not here to tell you that you should or should not have your children vaccinated, that is your decision and I strongly believe should always be a choice.

Contents of vaccines
No, I am here to talk about one thing, and that is what is and what isn’t in vaccines because if you are making the decision for or against vaccination based on what you’ve read on social media you may have been misled.

So what’s going on with this fear of what goes in vaccines? Why are people so concerned with what they perceive as ‘toxins’ used to produce vaccines?

Some might initially sound scary
Well let’s have a look at the ingredients because The Center For Disease Control publish a detailed list of every additive in every vaccine, and yes you will see scary chemicals and ingredients in the list like ‘Monkey Kidney Tissue’ ‘Ammonium Sulfate’ and ‘Formaldehyde’.

Social media claims
So are some people on social media right by claiming vaccines contain dangerous additives? Well you have to remember that the dose is the poison and many chemicals are dangerous in high doses but harmless in microscopic ones. Water (H20) is toxic if you drink too much of it – and did you know that there is even radioactive particles naturally present in your body that are harmless due to the fact they are only in very small amounts, they arrived there because they have passed into the Earth’s atmosphere after coming from the Sun and stars in our galaxy.

Many detractors of vaccination programs claim vaccines irritate the body, well this is true because that’s how they work, to activate your immune system to create anti-bodies to fight off a predicted pathogen in the future.

There’s no getting round it that is just how immune systems work. You won’t overcome a deadly virus with positive thinking and cleansing diets alone, you need real tried and tested medical science.

So now let’s take a look at the list of substances many people are concerned about that may or may not be present in vaccines.

Aborted Fetal Tissue
This one is simply false, there has never been aborted fetal tissue in vaccines. HSA Human Serum Albumin is a protein made from human blood donations, not from aborted fetuses. Similar proteins are used, like for instance, BSA Bovine Albumin or “Fraction V” that is derived from cows, and some vaccines are cultured in monkey and chicken kidneys and when the vaccine is taken from them a few cells from the host make it over into it, but there has never been any evidence that this is dangerous.

Formaldehyde
This one is true and in high doses is toxic but like we discussed earlier in microscopic doses it is not. Formaldehyde is used because it naturally occurs in your body already as part of your digestion process, it’s used to sterilize the vaccine to stop it going off on the shelves. 2-phenoxyethanol is also used in some vaccines to sterilize them and has often been confused with antifreeze because both are part of the group of glycol ether hydrocarbons. Antifreeze is toxic even in small amounts and is not used in vaccines.

Latex Rubber
This one is again untrue and not used in vaccines, but doctors will often ask before giving an injection if the patient has an allergy to latex because they are usually wearing latex gloves and don’t want to cause a rash from any contact with the skin.

Hydrochloric acid
This one is true, hydrochloric acid is used in many medical processes to make a substance less alkaline, as are alkaline substances used to make acidic ones less acidic. Simple really.

Aspartame
The claim that Aspartame is used in vaccines is completely untrue and I have no idea how it got all over Google. Aspartame is an artificial sweetener used in lots of food products and drinks but has never appeared on the list of vaccine ingredients, furthermore has also never been shown to be toxic.

Live Viruses
Live viruses have to be used sometimes to trigger the immune system, this is because some dead viruses don’t leave a strong enough chemical marker to do so. The live version used in vaccines is a far less alive than you might think, it is a complicated process of getting the balance just right and sadly in the past mistakes have been made that have lead to tragic consequences. In the USA in 1955 two hundred children were given an unbalanced version of a polio vaccine which actually gave them polio and unacceptably five of them died.

Aluminium
Aluminium is present in some vaccines and is a toxic substance, but again as we have discussed earlier the dose is the poison and the amount of aluminium used in vaccines to irritate the immune system even more to create lots more antibodies is far, far less than what naturally occurs in your body from just walking around on planet Earth.

Mercury
This is the by far the most misunderstood claim surrounding vaccine ingredients. Methyl-mercury is a toxic substance and is claimed by some to be present in thimerosal but this is not true, ‘Ethyl-mercury’ is used in the preservative thimerosal and when mercury is bound as an organic ethyl it is easily passed on through the normal process of organic waste disposal built into your body.

Conclusion
So there we have it folks, and like I said earlier I’m not here to make any decisions for you, they should always be the choice of yourselves, but I just want to put to rest some fears over vaccine ingredients and explain a bit about why they are there.

I’m not interested in conspiracy theories so please don’t email me any and if you like what I write then if you see me around please introduce yourself.

Stay safe folks and all the best.

3 Comments on "Vaccines. An exploration of Social Media claims of what they do and don’t contain"

Who are you? What are your qualifications?

Vote Up13-6Vote Down
Rich Cattle
Hi sorry for the late reply I just checked over some of my old stuff. My name is all over my articles and I’m a writer. I keep my qualifications to myself but talk to people who have plenty to do with the subjects I write about. The references should all be in the article but I’m not in charge of what goes out here I just… Read more »
Vote Up0-11Vote Down
Tamara
Thank you so much, Richard, for allaying people’s concerns, whipped up by fake news on social media sites during lockdown, when many people have too much time on their hands. Firstly, we need to get information from reliable sources. And secondly, we need to see the bigger picture. If we are to manage the coronavirus that has wreaked such havoc with our lives, and return to some… Read more »
Vote Up15-13Vote Down