Watch how things changed on the Isle of Wight from 1945 to 2005, as you travel from Ventnor to Ryde, floating in the sky (updated)

Watch this clever video as it shows you how the Island has changed from 1945 to 2005 – not just the expansion of housing, but also tree growth 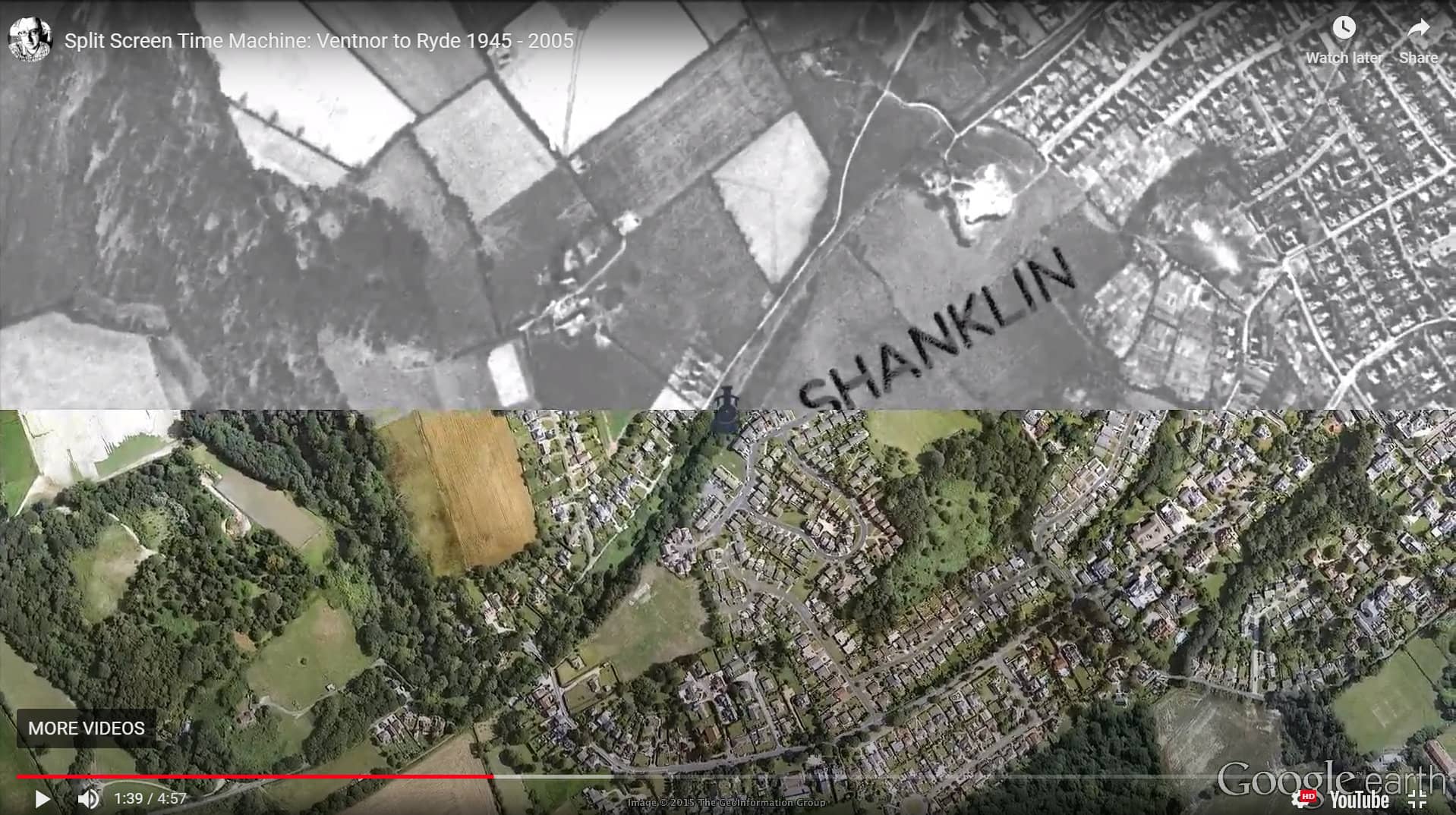 If you are a long-time reader of News OnTheWight you might remember an article from a few years ago about split screen videos that showed train travel across the Isle of Wight and how the landscape had changed over 60 years.

By using Google Earth mapping and data, Grant Selby created some brilliant split screen aerial videos of different areas of the Isle of Wight between 1945 and 2005.

Previously we’d seen Cowes to Carisbrooke and Newport to Freshwater, but we recently discovered that Grant had also produced a Ventnor to Ryde version that we missed before.

Plans to reinstate the line to Ventnor
Ventnor’s railway station was closed in 1966, but Isle of Wight MP, Bob Seely, has ambitions to see the line between Shanklin and Ventnor extended.

The Government have committed a share of £500,000 for a feasibility study to see whether it’s even possible.

That aside, why not sit back for five minutes and be taken on a journey from Ventnor to Ryde.

4 Comments on "Watch how things changed on the Isle of Wight from 1945 to 2005, as you travel from Ventnor to Ryde, floating in the sky (updated)"

The amount of farmland lost in 60 years is just astounding!
Great clip to watch.

It was awarded a *share* of £500,000 – a fraction of that sum in reality, just enough to pay someone to write a report telling us what we already knew from the last time they did it.

I doubt it will be possible, much of the line has been built on, or next to