The new bridge will also be safer for people who live, work and pass through the area as well as the surge of visitors who will be spending time in the area for the festival in June. 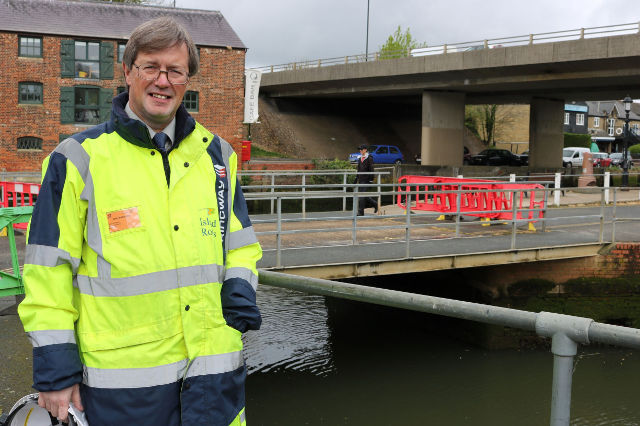 Work by Island Roads, in partnership with the Isle of Wight Council, to re-open Newport Quay Bridge will begin next month (May).

The project will involve replacing the bridge deck and supporting beams, leaving a structure less prone to deterioration and therefore requiring less maintenance.

Closed since 2017
The bridge has been closed since 2017 when it was found to be suffering from severe corrosion due to the effects of the brackish (slightly salty) tidal flows on the steel elements of the previous structure.

As part of the work, new safety barriers will be installed on the new bridge to protect the adjacent footbridges and anyone on them.

The work is due to begin on May 13th and completed by the end of the month. There will be no weight restriction on the new structure.

“Various consents and approvals from statutory bodies have been required before this project can get underway, but we are pleased to be starting work soon and looking forward to re-opening the bridge in time for the Isle of Wight Festival at nearby Seaclose Park in June.”

Rowland: Will be safer for people who live, work and pass through
Isle of Wight Council Director of Neighbourhood, Colin Rowland, said:

“This is great news for Newport that the council, in partnership with Island Roads, is replacing the aging existing bridge with a safer, stronger and more improved version, that will once again join the harbour to the town fully.

“The new bridge will also be safer for people who live, work and pass through the area as well as the surge of visitors who will be spending time in the area for the festival in June.

“It is also important to note that pedestrian access across the Quay for this year’s Riverfest, on 18 May, will be unaffected.”

I suppose they want a round of applause for the straightforward replacement of a small bridge which should have been fixed long ago .