Those opposed to the idea of a fixed link from the Isle of Wight to the mainland respond to the publication of new entry and exit routes for the proposed Tunnel. 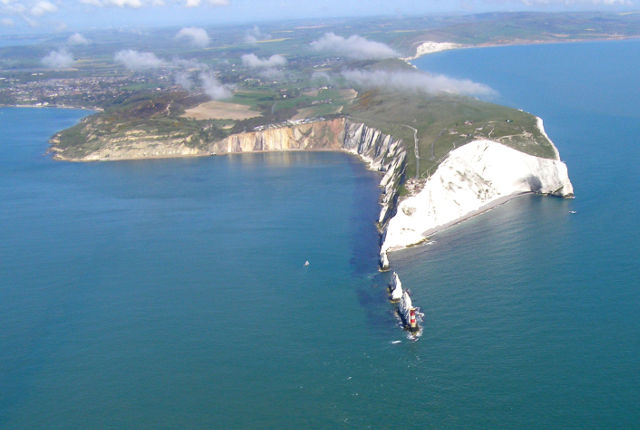 Stuart Brown, spokesman from the ‘No Fixed Link’ Campaign, shares this response to the latest release from Pro-Link last week. Ed

The No Fixed Link Group acknowledges the updated route and funding methods of their proposed fixed link tunnel, connecting the Island to the mainland.

The No Fixed Link Group continues to oppose the idea of a tunnel between the Island and the mainland.

First off, from a view of practicality, the recent proposals from Pro-Link seem highly flawed.

The £3bn investment
Pro-Link appear to be proposing a PPI 2/3 privately funded and 1/3 publicly funded project.

This would roughly translate to £2 billion private investment and £1 billion public money investment. If their figure of £3 billion is accurate, which we feel it is not, then it does not take any account of the borrowing costs attributed to that investment, just the costs to construct it.

Assuming interest rates stay close to where they are currently and are unaffected by the potential fallout of a “no deal Brexit” then the project would need to generate in excess of double the current ferry income or in excess of £200 million per year for at least 30 years. This seems excessively expensive.

Problems with new exit location
It’s also worth noting the new route, which was chosen due to issue with the previous one, is also flawed. The exit portal seems to come up in the middle of a runway at the Solent Airport.

Little thought seems to have gone into making such a study or choosing a clear route.

Damage to the Island
We remain primarily concerned with the potential damage a tunnel could have on the Island’s:

There are also no guarantees on any potential cost, toll, location or impact to the environment or Island life.

Tangible concerns
Despite what has been written elsewhere, these concerns are tangible and cannot be ignored based on other people’s opinions or “facts”.

This is simply because the whole concept of a fixed link is entirely theoretical and as such there are no facts, just best guesses and opinion on both sides of the argument.

We have countered arguments regarding our concerns and have had experts in the relevant fields support our concerns.

Not so much flawed but fantasy. I like the ferries; it is a pleasant way to travel. No to fixed link.

You can give me as many reds as you like; you still won’t get a tunnel.

The “down” voters show their level of intelligence by voting down realistic comments.

Vote Up2-14Vote Down
block8
I see the pro linkers have moved to the ‘other place’ claiming that every poll held shows that the majority of Islanders are in favour of a fixed link. Well – I have not see any poll and I have certainly not been asked for my opinion. Joining Facebook and liking something is not a poll. I like the ferries too. Only a 70 minute delay on… Read more »
Vote Up52-16Vote Down
bish

There have been loads of polls – Isle of Wight Radio, County Press- have both had them, among others.

Why would the Mainland want to encourage heavy goods vehicles and traffic into one of its rural areas?

Vote Up57-29Vote Down
denclare
This debate has gone on for years since I was on the Council in 1973!! It will never be resolved. Much as I would love a quick and easy route off our lovely Island think of the traffic now, chaos in mid season, far too busy on the roads the rest of the year. Where would it all be accommodated? O.K. build a second route off the… Read more »
Vote Up24-5Vote Down
allancox34

Vote Up12-3Vote Down
grumpymoo
Interesting that when this piece hit social media, there was lots of backing. Now the latest, about it needs to be funded by some ludicrous ‘fundraising scheme’ (pay into a randomly created bank account, errmmmm no thanks!) the comments are in absolute outrage of the idea of a fixed link. So, maybe the supporters want a link as long as they don’t have to donate a pound… Read more »
Vote Up6-2Vote Down