Government money provides the potential for good news for those looking to start a business on the Isle of Wight. 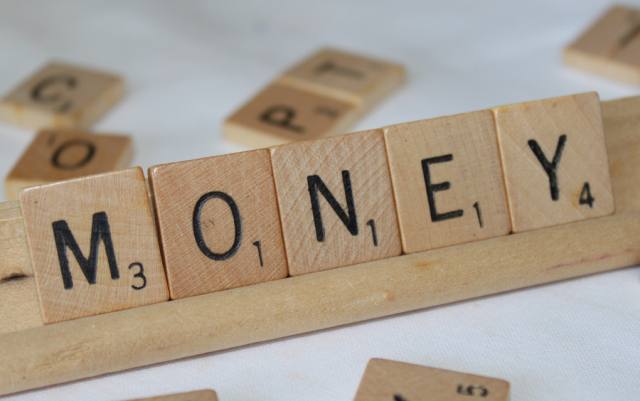 A programme to provide funding to those wishing to start up new businesses and to give financial support to existing Small and Medium Enterprises (SMEs) has gained funding from the Government’s Regional Growth Fund.

Piloted in Portsmouth, Gosport and Havant, the new funding will enable the Isle of Wight to get involved, as well as Southampton.

A second award was made by the Government’s Regional Growth Fund to support the Defence industry, will be focused on the Mainland.

Details, in their words, below – Ed.

Deputy Prime Minister Nick Clegg today announced the 150 successful Regional Growth Fund Round 3 projects which will together benefit from a combined £1bn investment. Of this national £1bn investment, the Solent Local Enterprise Partnership has secured £15m for two projects: Solent Future’s and Bridging the Gap phase 2.

£2m investment
Bridging the Gap is a programme funded from the previous round of the Regional Growth Fund, offering grants to support SMEs to grow and new businesses to be formed in Portsmouth, Gosport and Havant. Today’s announcement of a further £2m investment will allow the Solent LEP, and partners The Daily Echo, the Federation of Small Business and Southampton City Council, to roll the scheme out to businesses and entrepreneurs in Southampton and on the Isle of Wight.

The Solent LEP is the only LEP in the South East to be awarded funding directly in RGF Round 3 and is one of only two LEPs nationally to have secured funding for more than 1 project.

Today’s announcement has reinforced the Solent LEPs continued success in securing RGF funding for the sub-region, bringing the total RGF funding that the Solent LEP has directly secured across all RGF rounds to over £20m.

Deputy Prime Minister Nick Clegg said, “This £1 billion boost for growth in towns and cities across England is creating jobs that will last in the parts of the country that need it most.”

“In tough economic times the Regional Growth Fund is good value for taxpayers’ money – this £1 billion round of the fund is pulling in £6 billion of private sector investment.”

Doug Morrison, Solent LEP Chairman, said, “I am delighted by today’s funding announcement. The Solent LEP Board have been working for a long time to ensure that advanced manufacturing continues to thrive in the Solent and has already secured an Enterprise Zone to support the sector. The recent socio-economic impact assessment study on Portsmouth Naval base clearly demonstrates the importance of the defence sector to, not just Portsmouth, but the entire Solent Economy –– and we are delighted that we have been able to support the development of our local economy.

Phase 1 “A huge success”
“Phase 1 of Bridging the Gap has been a huge success in Portsmouth, and the news that we have been able to secure funding to roll the scheme out to Southampton and the Isle of Wight is extremely positive.”

James Davis, Enterprise Director at BAE Systems, said, “The investment announced today is great news at a very exciting time for Portsmouth.  As we prepare for the arrival of the QE Class aircraft carriers to our city in a few years, it’s vital that industry, the Royal Navy and our education partners work together to invest in the infrastructure and skills we need to support these magnificent ships. The Solent Futures project will play a key role in this and we’re extremely proud to be part of it.”

Fareham College
Nigel Duncan, Principal at Fareham College, said, “Today’s announcement of Regional Growth Fund investment is fantastic news. By awarding this funding the government has clearly endorsed our plan to establish a Centre of Excellence for Engineering and Manufacturing Advanced Skills Training on the Solent Enterprise Zone. This will provide a huge boost to support the development of skills that local people will need to gain employment. We look forward to working with local employers and other stakeholders to ensure that the Centre is designed and built to provide them with a skilled workforce to meet their future business requirements.”

Ian Murray, Editor at The Daily Echo, said, “We are delighted that the funding announced today will allow us to support businesses across Southampton and the Isle of Wight. We have seen the success of the first round on the Portsmouth side of the Solent and are constantly being asked by entrepreneurs when this funding will be available on a wider basis. We hope to launch the competition in The Daily Echo in early 2013, so if you are a budding entrepreneur looking to start or grow your business, watch this space!”