Take advantage of special offers and shop away to your heart’s content at this late-night shopping event, which combines the first Isle of Wight Busking Competition. 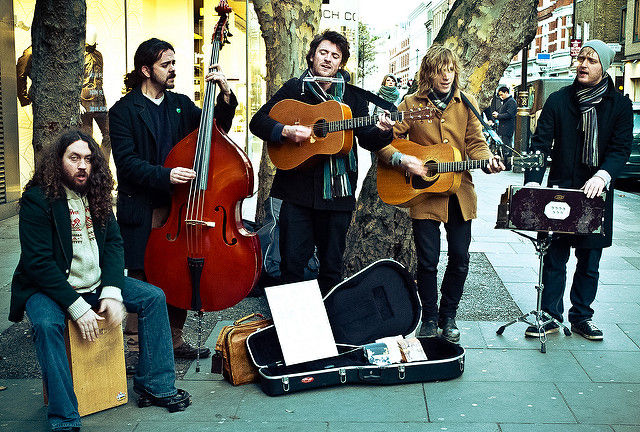 The newly formed Sandown Community Association is organising its first event on Thursday 6th December in the High Street and surrounds.

It’s a Christmas late-night shopping event, where most shops and food outlets will be open until 9pm. Santa will be there too and many special offers are planned.

Buskers will be performing at various positions around the town, and the public will be voting for their favourite.

Vote for the busker with the S-Factor
The winner will be declared to “have the S-Factor”, be the Isle of Wight Busking Champion for 2018 and prizes will be awarded to the three most popular acts.

Voting forms can be collected from PJ news, JMP Partnership, Colenutts and Wight Island shops in the High Street on the day.

Parking is free in the town, from 6pm and a good turnout is expected.

Thw IOW council parking office has made the car parks in Station Avenue and St Johns Road free from 3pm on the 6th December too in order to encourage visitors to the event.