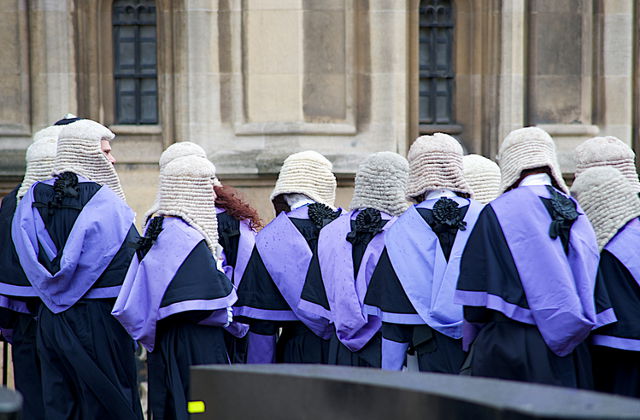 News from Surrey shared by Maxine Wolstenholme of Leigh Day Solicitors. It relates to oil well planning permission at Horse Hill, a development by UKOG who currently have an application open to consultation on the Isle of Wight (20/00513/FUL). Ed

A campaigner has won permission for judicial review of Surrey County Council’s approval for oil wells at Horse Hill, Surrey.

Sarah Finch’s appeal against earlier refusal of permission for judicial review has been successful and her case will now proceed to a full hearing in the Administrative Court.

Campaigning since 2013
Sarah lives in Redhill, six miles from the site of the proposed development which is 3.1 km west of Horley town centre and 3.5m north west of Gatwick Airport’s main runway.

Supported by the Weald Action Group, she has been campaigning against the Horse Hill Development oil drilling operation since 2013 where a well site was established following the discovery of oil in the Portland Sandstone and the Kimmeridge Limestone.

It will mean the retention and extension of a well site and the drilling of four new wells for the large-scale production of hydrocarbons (predominantly oil) for a period of 20 years and certainly beyond the year 2040.

Claims of EIA Regulations 2017 being breached
Sarah submitted two objections to the application for the Proposed Development, one in February 2019 and another in June 2019.

She applied for judicial review of Surrey County Council’s decision to allow the development but her application was initially refused.

Her appeal was on the grounds that Horse Hill Developments had breached the EIA Regulations 2017 because of the failure to assess indirect greenhouse gas impacts and to properly take into account the government’s Net Zero target for carbon emissions.

Lewison: Ought to be considered at a full hearing
Lord Justice Lewison agreed that the grounds are arguable. He said:

“There seems also (albeit obliquely) to be a challenge to the national planning policy referred to in the quoted extract in para 14 of the Appellant’s skeleton argument on the ground that it is not in conformity with EU law. That is a point of some importance which ought to be considered at a full hearing.”

“I’m delighted that I am able to bring this judicial review and challenge the Council’s decision to allow 20 years of oil production in a time of climate emergency.

“The people who live near to the proposed development do not want to have to endure all of the pollution and traffic that it will generate, and importantly, we have a case in law which we believe shows that the development will have a much wider impact on the wider population, future generations and the fight to halt climate change.

“This legal challenge is happening because of the determination and generosity of so many individuals and local organisations.”

“Our client maintains that Surrey Council has failed in its obligations to assess the indirect greenhouse gas impact of the use of oil produced from this development, as well as to properly consider the environmental objectives of the government’s Net Zero target before granting planning consent.

“Sarah Finch is rightly delighted that she has been given permission to appeal.”

Sarah continues to fundraise for the case.

Image: Spunter under CC BY 2.0

Take note, Isle of Wight Council. Let this be a warning to you! It is your legal duty to ‘assess the indirect greenhouse gas impact of the use of oil produced’ at wells, ‘as well as to properly consider the environmental objectives of the Government’s net zero target BEFORE GRANTING PLANNING CONSENT.’

Vote Up160Vote Down
Benny C
As I’ve tried to say previously, JR is possible and practical if all else fails. For some reason, presumably personal subjective views, others seem to think they know better. The real message here is – Object now, get your facts right, get your foundations laid well in the initial planning stages, watch the Councils actions CAREFULLY. And THOUGHTFULLY, UNDERSTAND the process further down the line – how… Read more »
Vote Up90Vote Down