A former service user at one of the Isle of Wight’s mental health day centres, shares his story of being saved from suicide and why he believes closing the centres will be false economy that could end in tragedy. 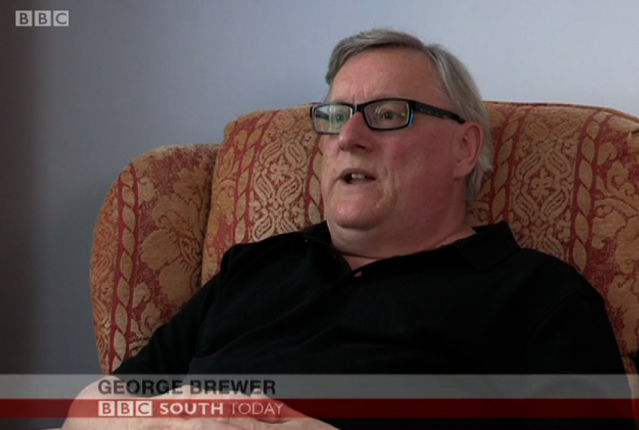 Colleen shares this latest update on the petition launched just a few days ago calling on the Isle of Wight council to rethink plans to close the mental health day care centres. As featured on BBC South News (watch before 10.30pm Monday night). Ed

Thanks to our amazing Island community, we have collected over 2,300 signatures in just a few days!

We still need another few hundred to meet the council’s target and be able to present our petition at a council meeting.

Email your local councillor
In the meantime, I want to ask you to consider emailing your Isle of Wight Councillor, asking them to oppose any plans to close the mental health centres.

The more people who do this, the more important the council will know this issue to be in the minds of the people who vote them in, and we must send a strong message and keep the pressure up to stand any hope of saving the centres.

You can find out who they are and how to contact them at www.writetothem.com. If you email me at [email protected], I can send you a template email/letter to edit and send, if this helps.

George shares his story
Below is a message from local campaigner, George, an service user at one of the centres facing closure.

George was featured on BBC regional news on Sunday night , talking about the closures (watch before 10.30pm Monday night).

I am a service user who was saved from suicide last year by the intervention and support of the Day Centres and when the staff broke the news of closure on Monday morning to us it is fair to say that we were devastated.

Of the eight people present not one was able to suppress their dismay and despair. Three users were in floods of tears and sobbing uncontrollably at the loss of what for us is our refuge and our rock.

Unable to reassure distraught service user
Later in the day another user attended and was distraught to such an extent that the duty nurse at CMHT had to be contacted, as the user realised that all her support had potentially just vanished! I wanted to tell her it would be ok … but I couldn’t!

This is the place where users feel safe and secure and where people have a feeling of self-worth and self-esteem and can be sure that we will always be welcome and the invaluable support of our peers is always there.

Users pay for some services
It is important to note that service users pay £3 a session to attend and many activities, such as card making, are self funding. Some of the cost of the service is paid for by service users  … the Council forget to mention that!

Misleading numbers
The council claim that the service is under used, but in my view, this is highly misleading as the numbers using the centres fluctuate a lot. Even when smaller numbers are attending, the importance of the service provided is immense, as individual users get a lot of help with often complex issues and support needs.

It is the only facility available that provides a place that users can feel safe and secure, within a caring and non-judgmental environment. Many activities are provided such as Pottery, Art, Needlework, Swimming, Health Walks, Cooking lessons, Singing and Music Group and more.

Citizens Advice not realistic alternative
Many users have problems speaking up for themselves, mixing with other people, claiming benefits, budgeting, dealing with housing issues etc, and loneliness and isolation are major problems for them. Agencies such as the excellent Citizens Advice are often not a realistic option as service users lack the confidence to go and engage with them or cannot articulate their needs.

A sense of well being and of self worth are also engendered at the centres and they can and do offer support that is not simply limited to yet more medication.

Numbers disputed by staff
I believe the council misleads people when it says that low user numbers are a reason for cutbacks. The council’s figures (disputed by both staff and users) and the value of the day centres cannot be measured simply in numbers through the doors.

Often people are helped by simply knowing they can drop in if and when they need to. Many people attending say that they stay well enough not to need other help because of the support and uniqueness of the centres.  Help and support from highly motivated and experienced staff and peer support is a major factor in the therapeutic environment of the centres.

Make no mistake, the promise of the council last year to make alternative provision for our needs, if a centre were to close, was untrue as there are no other facilities available on the Island which meet our needs.  Even the emergency evening and weekend drop-in centre in Newport run by the NHS is now closed due to lack of funds.

Cuts will lead to severe deterioration in mental health
Without the Day Centres many people with mental health problems on the Island would suffer a severe deterioration in their health requiring much more intervention by the Community Mental Health Team which sadly is unlikely to be available as they are already hugely overstretched and people wait months for an appointment for anything other than a life or death emergency.

In the coming weeks the users, staff and trade unions who are united in opposing these closures will be seeking support from the public – it’s time to stand up and say, “Enough” … this really is a cut too far!

The Council probably has far more than simply the running costs of these day centres in its sights.

If the services can be dispensed with then presumably the sites themselves can be sold off, adding to the Councils coffers.

Vote Up16-2Vote Down
alisonjane
And yet the IOW Council can pay £130,000, of Council Tax Payers money, to a consultancy company for just 7 months work! Mental Health services are already rated as inadequate on the Island, without the planned closure of these centres. The service users will have absolutely no one to pick up on the closure of these centres. What price do you put on a life? Because that… Read more »
Vote Up14-3Vote Down
Alternative Perspective

….and not a peep from our MP Bob Seely.

This Government and Council are not fit for purpose.