Despite local opposition and a 1,700 petition objecting to the plans, five of the seven committee members were satisfied with the information provided by the officers. 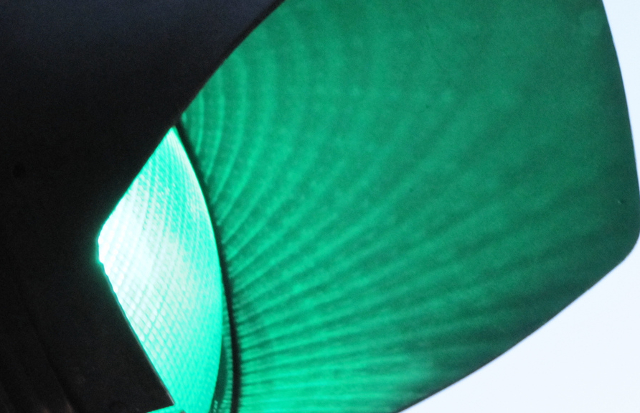 If you followed our live coverage from the meeting, you’ll know that members approved the application with five in favour, one against (Cllr Roger Whitby-Smith) and one abstaining (Cllr Ray Bloomfield).

Presentation of plans
The planning officer presented the plans to the committee, explaining that Flowersbrook was one of five possible onshore locations for the substation and control room. All were assessed, with three of the five discounted for environmental reasons, another because it would affect tourism, leaving just Flowersbrook as the only option.

The officer explained the substation building would be well-screened on both sides of the development, with, in the worst case scenario, only 20cm of the transformers visible above the building. Although wall lizards and doormice are present on the site, the council considered this to not be a problem, with the officer explaining work would not take place during nesting season and wildlife would be protected throughout.

Speaking in opposition
Cllr Ed Gouge spoke on behalf of the Ventnor Town Council in opposition, arguing that not enough consultation had taken place. Concern had been raised over stability issues, as well as changes being made to the application without adequate further consultation.

Steephill Road resident, Mrs Domoney, spoke on behalf of residents, also highlighting the ‘lack of consultation’, the development not enhancing the area, and accumulative noise from the transformers.

It was explained by the officer that current background noise at the site was 25 decibels (from wind in trees, sea, etc). The noise generated from the transformers would be below this at 24 decibels.

Cllr Steve Stubbings also spoke in opposition on behalf of his constituents. He said he was in favour of the offshore elements of the project, but asked councillors to remember the environmental issues raised when recently considering wind turbines in Parkhurst. He suggested the environmental impact at Flowersbrook would be worse.

Amendments to the plans
Speaking in support for the application, Cllr Barry asks for the entrance to remain as it currently is rather than having to cut the hedge down to 1m height to accommodate the 43m visibility splay.

This was agreed by the officers and the representative from Island Roads added that he’d support temporary traffic lights during the build period.

Five of the seven members present were satisfied with what they’d heard and approved the plans.

The offshore element of the PTEC project is currently being considered by the Marine Management Organisation.

“We are delighted with yesterday’s decision. We are really excited by this project and the potential it has to benefit not just the Island and its residents, but the UK more widely.

“We are working closely with the Marine Management Organisation and we expect a decision later this year. We hope to have the site operational by 2018.”

Is this just because it is Ventnor?

One small step for eco-energy, one giant leap for IW Council.

Vote Up00Vote Down
John Nash
There have been quite a few “small steps” for “eco” energy so far. How many acres of farmland have been covered by solar panels. Where are the figures for installed solar capacity, including domestic installations? Where is the environmental accounting for the production of solar panels? Then we have the obscene use of productive farmland to supply the Arreton Anaerobic Digester – 5.000 acres (yes, that’s FIVE… Read more »
Vote Up00Vote Down
milly

Not good. I don’t know what these 5 Councillors are doing pushing this through so readily.

It is unfortunate that it has not been discussed and consulted on properly as Ed Gouge has indicated.

We have not had proper scrutiny due to lack of and mis-information. This will turn into an unruly row.

Mmm! According to Sally’s excellent report “Mark Dickson the agent is next. Says the PTEC project is world leading and has support from the Prime Minister”

Dare we hope that would be financial support to replace the IWC £1 million investment in a questionable project and company?

IWC have got a problem after putting £1 million of our money in, when it comes to development.

Vote Up00Vote Down
davimel
Have I read this right? This company have permission to build a control room and transformers in a serene and wonderful place, for a project they don’t have any permissions for, and wont even know if these buildings will be required until later this year???? To a mere mortal like me this seems just a tad a**e about face! Would this permission be liable for a ‘change… Read more »
Vote Up00Vote Down
Sally Perry

The ‘outline’ permission is for the plans as detailed in the application. The applicant could not build houses instead.

Let’s also not forget the applicant doesn’t own the land the application is for. It belongs to the owner of the adjacent property.

Thanks Sally…. So we now have a company asking a council for permission to site a building on land they don’t own and for a project they don’t yet have overall permission for… Couldn’t make this up!! At least all will remain untouched in the event that the PTEC doesn’t go ahead.

Vote Up00Vote Down
petrwolf
Not actually knowing or understanding anything about something you consequently find surprising isn’t really a foundation for legitimate outrage. You must be furious almost all of the time. Planning applicants are very often not the landowners. They may become so later on, or there may be any number of partnerships and joint ventures formed. You might make a unilateral planning application to build yourself a silent and… Read more »
Vote Up00Vote Down
Colin
Quote “It was explained by the officer that current background noise at the site was 25 decibels (from wind in trees, sea, etc). The noise generated from the transformers would be below this at 24 decibels.” So would you add the 25dB to the 24dB (in whatever way dB is calculated) and get a bit more. Or, tee-hee, won’t you hear it? Wind in the trees can… Read more »
Vote Up00Vote Down
Caconym
The decibel scale is logarithmic, a 3 dB increase in sound level represent a doubling in power. It is used because human sound perception is also logarithmic. People with excellent hearing can, just about, discern a 3 dB increase. To put things into context, here are some common sounds and their respective dB levels:- 20 dB: Leaves rustling in a light breeze 30 dB: A whispered conversation… Read more »
Vote Up00Vote Down
Colin
Some of the small sub-stations can be quite noisy and the hum seems to travel quite a distance. In an ideal world the claim of 24dB would appear to be small, but the reality of some is much louder. I dropped out of a house purchase because of the hum which was clearly constantly audible from a nearby sub-station and I suspect that the proposed equipment will… Read more »
Vote Up00Vote Down
Caconym
“Cllr Steve Stubbings also spoke in opposition on behalf of his constituents. He said he was in favour of the offshore elements of the project, but asked councillors to remember the environmental issues raised when recently considering wind turbines in Parkhurst. He suggested the environmental impact at Flowersbrook would be worse.” Is it just me, or does Cllr Stubbings sound rather confused? In what way is a… Read more »
Vote Up00Vote Down
Caconym

Vote Up00Vote Down
yjc
Councillor Stubbings “He called on councillors to be consistent by rejecting the plans for their effect on wildlife, in the way wind turbines has been at Parkhurst.” Not correct. The Parkhurst Turbine was not rejected on the effect of wildlife. It was rejected on grounds of the AONB and NOISE. It could have been also rejected on wildlife as Parkhurst Forest is internationally important for 19 species… Read more »
Vote Up00Vote Down
tiki

Excellent , so we’ll keep cheaper power on the island… thought not.

Vote Up00Vote Down
mat
How serious is this project? We hear the hullabaloo over this, even up to the Prime Minister. We hear all the subjective arguments concerning the importance of sustainable power, playing close to sentiment over ‘Green’ electricity generation. Indeed, power production on an industrial scale is a serious affair, but what are we talking about here? Is there a certain amount of posturing over this scheme? Let’s be… Read more »
Vote Up00Vote Down
Chris

Hmm, Council has put more than £1.13 million into this, this is the number they admit too and guess what they also were legally bound to support the planning application…. wow

What is even more interesting the council appear to be the only financial investors??? All that money and only a 15% stake holding.