Cowes confirmed for start of 2021 and 2023 Rolex Fastnet Race

The Rolex Fastnet Race will finish in Cherbourg in 2021 and 2023, both starting from Cowes 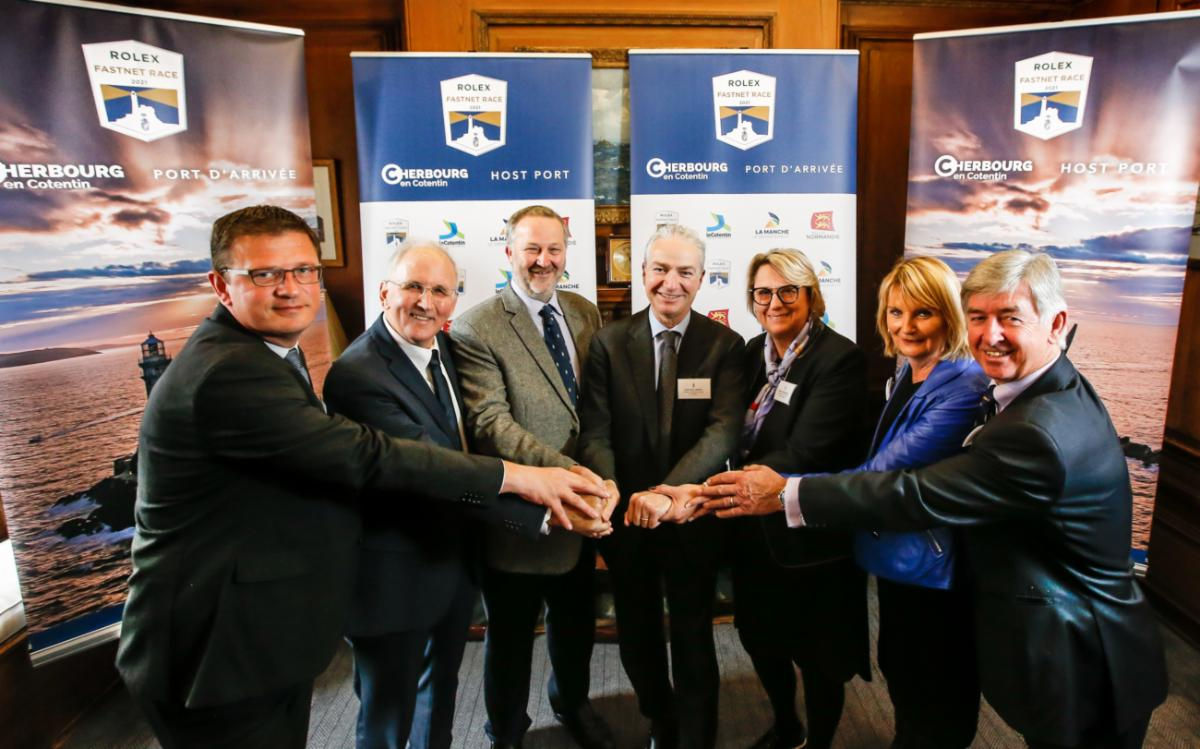 Although Cowes has been confirmed as the start for the 2021 and 2023 Rolex Fastnet Races the finish point has moved from Plymouth to France.

This move encourages and secures the future development of the race and will open it to more competitors; in 2019 the race had a waiting list of 150 boats.

Enhancing competitors’ experience
The City of Cherbourg-en-Cotentin, The Communaute d’agglomeration du Cotentin, the Conseil departemental de la Manche and Normandy Region have come together to support the race finish with a package that will enhance the competitors experience with increased berthing, enhanced shoreside facilities, competitor functions and events in this exciting development for the race.

Pushing the boundaries
Since the first race in 1925, the Royal Ocean Racing Club has continued to push the boundaries of participation in offshore racing. This year’s Race had 388 yachts on the start line from 27 different nations. RORC’s aim is to foster greater participation and improve access to the race and enhanced facilities offered by Cherbourg will give the opportunity for more boats and sailors to take part in future years.

The course will increase by 90 miles to 695 miles meaning for some boats an extra day or two at sea to finish the race plus the 70 miles back to home ports for those based in the UK.

“It is an exciting time for this iconic and extremely successful race. Finishing the Race in Cherbourg will encourage and secure the continued growth of the Club’s most prestigious event and provide an enhanced competitor experience.

“Enthusiasm of the French for offshore racing is legendary, and the City of Cherbourg-en-Cotentin, The Communaute d’agglomeration du Cotentin, the Conseil departemental de la Manche and Normandy Region have been hugely passionate and committed partners in this initiative.”

Former French winners
Over the years there have been several French winners of the race. In 2013 ‘Night and Day’ with Pascal Loison were winners followed in 2015 by ‘Courrier Du Leon’ with Géry Trentesaux and in 2017 ‘Lann Ael 2’ with Didier Gaudoux.

“This is an exciting chapter in the history of the Fastnet Race and the founding fathers who competed in the very first race in 1925 will be proud that the race has survived all these years and seen unprecedented growth. City of Cherbourg-en-Cotentin, The Communauté d’agglomération du Cotentin, the Conseil départemental de la Manche and Normandy Region will give the sailors a warm welcome. The French are known for their passion for offshore racing and French sailors regularly compete in and have won the Rolex Fastnet Race. These are exciting times for the Royal Ocean Racing Club and the Rolex Fastnet Race as we continue to evolve and expand for the benefit of our members and offshore racing sailors worldwide.”

Final start dates for the 2021 & 2023 races will be confirmed soon but could be either side of Cowes Week.