Congratulations to the pupils from Carisbrooke College for winning the Tesla Engineering Prize for Product Design at the Regional Big Bang STEM Fair for a second year running.

Thanks to Diana from Carisbrooke for sharing this great news. Ed

For the second consecutive year a team of students from Carisbrooke College have won the Tesla Engineering Prize for Product Design at the Regional Big Bang STEM Fair.

This year we won with a radio-controlled model hovercraft, moving up in complexity from our radio controlled model powerboat that won last year. Our team of students had to present their research and development work to a series of judges who are all practicing engineers and STEM research associates.

Working closely with Hovertravel
The Isle of Wight is the home of the hovercraft and, as the students developed their design, we found considerable local support from Island based STEM ambassadors.

In addition, we were able to work closely with Hovertravel who readily embraced the STEM approach in schools and kindly sponsored a competition between all the Island secondary schools to develop a model and compete on the Carisbrooke site as part of our Science Blast event in July. 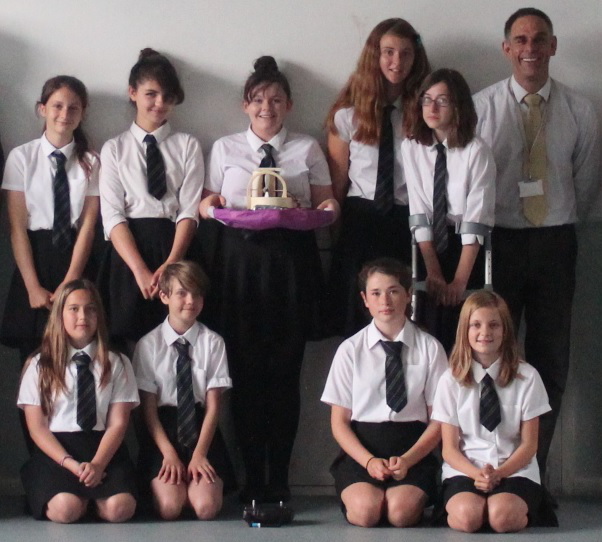 This is awarded for the way our students worked together towards engineered solutions to our series of STEM club projects.

QinetiQ powerboat challenge win
This year, in addition to the model hovercraft work, we also developed an improved model powerboat (that won the QinetiQ powerboat challenge for the second year running in June), a model rocket that lifted two raw eggs to an altitude of 250m and returned them safely to the earth on carefully-designed parachutes and a series of Arduino based robots; the best of which is able to navigate through a maze.

Congratulations to the STEM club students: