The former admin officer says, “The events and tactics were, in my view, reminiscent of the East German Stasi and I won’t tolerate this kind of intimidation lightly.” 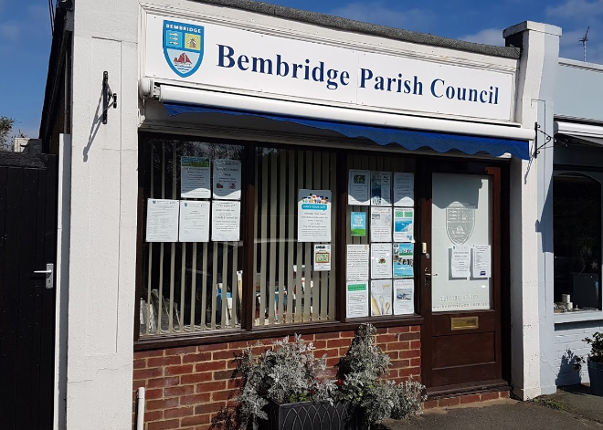 It may have been crowned Best Village in the Countryfile Magazine Awards, but all is not rosy in the Bembridge Parish Council.

Aside from the troubles with biscuit-gate and the sale of 5-7 High Street, now a former administration officer who worked at Bembridge Parish Council (BPC) says he’s been the victim of ‘intimidation’.

Daniel Faulkner was employed by the Parish Council from the beginning of November last year until the end of April.

Problem getting P45
Earlier this month Mr Faulkner took to the Open Bembridge Facebook Group to share details of failed attempts to get his P45 in time to avoid going onto an emergency tax band with his new employer.

He says he was asked by the BPC to remove the post, but refused, stating it was in the public interest of residents and ratepayers.

New employer told he’s been reported to police
Mr Faulkner then went on to say,

“I noticed a Bembridge parish councillor acting oddly outside my new place of work as I was arriving at the building. Later, during the evening, the councillor in question and one other arrived at a meeting where I was present.”

Mr Faulkner told OnTheWight he’s never seen those councillors at that meeting before. He went on to say,

“In addition to this, a senior figure at my new employer advised me that they had received a telephone call from a Bembridge parish councillor informing them that they were reporting me to the Police about my conduct on Open Bembridge.”

“I enjoyed healthy relationships with all the councillors at BPC, so I am surprised by this recent behaviour and clearly the feeling is not mutual.”

Tactics “reminiscent of the East German Stasi”
Going on to say that he did not consider the events mere coincidences and that he believes he hasn’t posted anything on the forum that could be construed as a breach of criminal law, Mr Faulkner added,

“The events and tactics were, in my view, reminiscent of the East German Stasi and I won’t tolerate this kind of intimidation lightly.”

He says he considering submitting a Code of Conduct complaint to the Monitoring Officer.

Failed to respond
OnTheWight has contacted the councillors Mr Faulkner has named to us with a number of questions.

At least two of the councillors have chosen to ignore the original and follow-up emails.

Members of the public are welcome to attend.

newest oldest most voted
Darcy
What is so dispiriting about this long-running tragedy is that most of the characters involved appear to be blind to the enormous damage they are doing both to the reputation of Bembridge and to local democracy. To any member of the PC who thinks that, in their words ‘the silent majority’ are in favour of selling 5/7 High Street (the council’s largest tangible asset and an iconic… Read more »
Vote Up45-3Vote Down
Geoff Brodie
Danny has recently returned to Newport & Carisbrooke Parish Council as Clerk after his short spell with Bembridge PC. We were unanimously delighted to have him back as he is a dedicated employee. He only left us last October after finding the behaviour of a former member intolerable and the tardiness of the Monitoring Officer’s subsequent investigation insufferable. The reported behaviour of some members of Bembridge PC… Read more »
Vote Up43-4Vote Down
elemental
IOW CC is somewhat fascistically trying to ban Petitions from residents who express concerns or take action against questionable & damaging policy decisions. Public accountability of councils is no longer a requirement in law. Deregulation rules! Commonly-held public assets are being stolen & sold off by their temporary councillor guardians who deposit the profits from these thefts in invisible places. How many of these policy makers hold… Read more »
Vote Up200Vote Down
long in the tooth

Things will only get worse with the new Chairman and her followers.

Vote Up18-3Vote Down
objective1
As a Bembridge Cllr (not in the majority group) I am delighted to say that I wholeheartedly agree with Geoff Brodie – that doesn’t happen often! Newport PC’s gain is Bembridge’s loss. The Bembridge PC Annual Meeting took place on Tuesday. 2 of the 3 Cllrs involved in the Dannygate incidents documented in the article were elected Chairman and Vice Chairman by their friends. All 3 were… Read more »
Vote Up11-1Vote Down
Mark L Francis

A Bembridge Parish Councillor behaving oddly? How could you tell?
Was it from wearing a monocle, stroking a big Persian cat and hissing “Ve heff bin expecting you, Mr. Bond that gave it away?
Or is that their normal demeanour.
Or maybe the bucket of piranha fish from Captain Stan’s?
Does that telephone box contain a lift like in Man from UNCLE?