Dinosaur Isle Museum in Sandown has been given an amazing new collection of ammonite fossils from local Island collector Paul Newton. 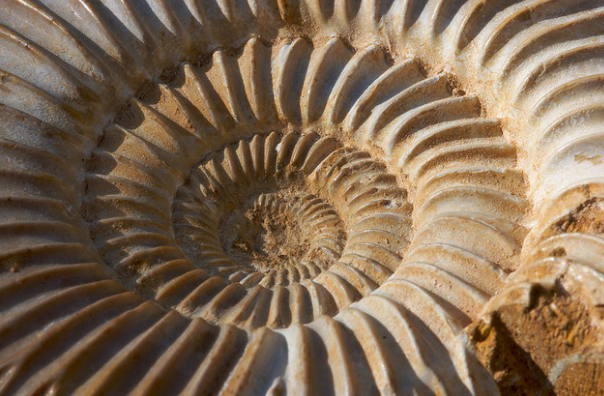 This in from the council, in their own word. Ed

Ammonites were a type of sea creature and their name was inspired by the spiral shape of their fossilized shell.

Mostly Island fossils
Paul has been collecting fossils for many years and focuses his efforts on finding ammonites. Most of the fossils he has given to the museum were found on the Isle of Wight with others discovered elsewhere in the UK.

Many of the fossils will shortly go on display at the museum, which houses thousands of fossils including many species of dinosaur that were discovered on the Isle of Wight.

Collecting for over 30 years
Paul said:

“The Isle of Wight has a fantastic array of fossils and I am very happy for Dinosaur Isle Museum to receive my collection. I hope that visitors to the museum will be as enthused with them on display as I was when finding them.”

Peter Pusey, general manager of Dinosaur Isle added he was delighted with the new collection. He said:

“In a recent fossil review we felt we could do with displaying more ammonites as these are quite well known types of fossils and we did not have that many.

“Paul’s collection has enabled us to fill this gap and it demonstrates that such skilled collectors like Paul are so important to preserving the Island’s heritage.”

“I want to thank Paul for his kindness in donating his collection which he has built up over the years.

“I am sure the display will be enjoyed by visitors to the museum for many years to come.”

The fossils will be on display at the museum and will be available for research.