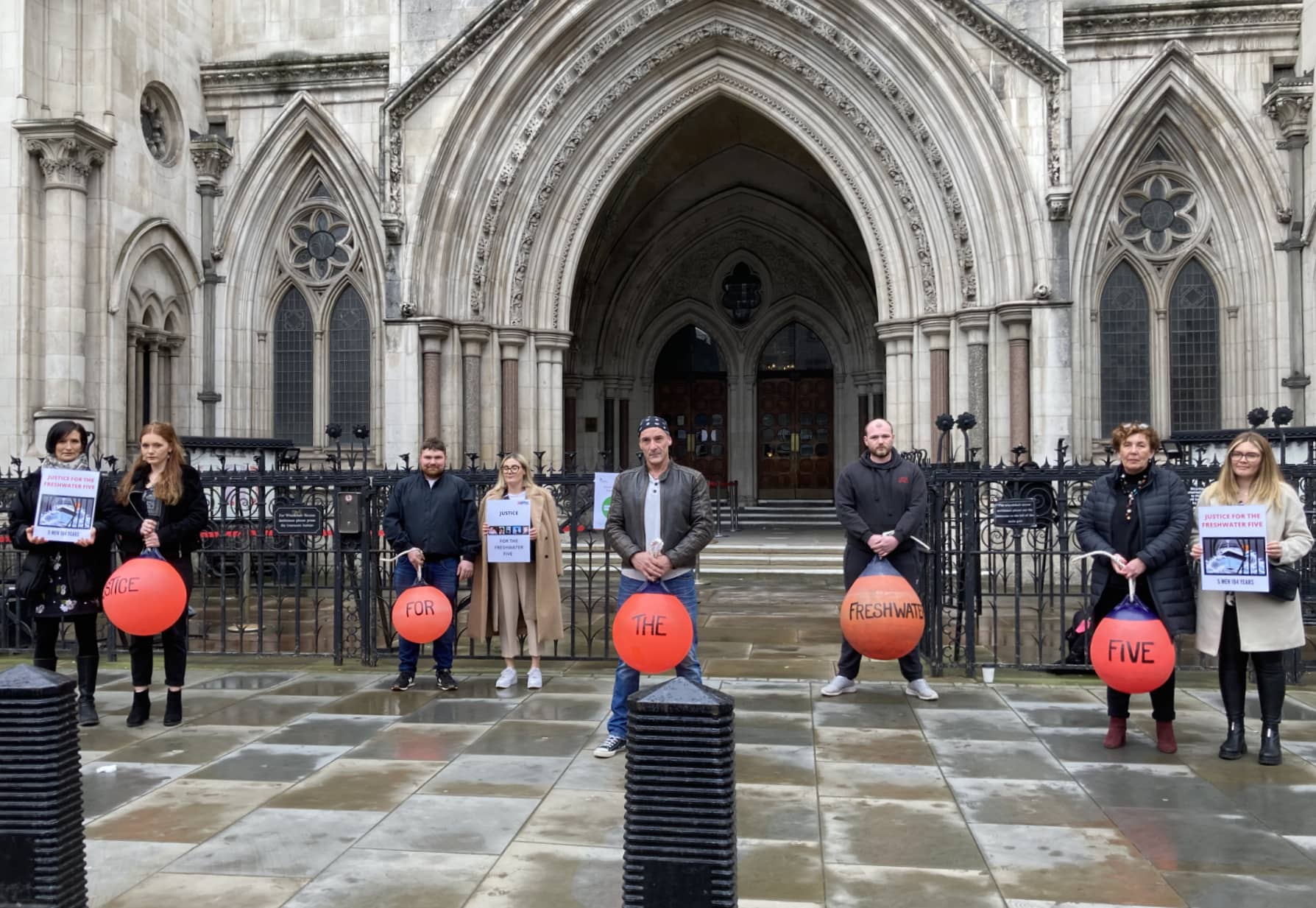 Today sees Day Three of the Appeal Hearing for two of the Freshwater Five at the Royal Courts of Justice in London.

The five men – Jamie Green, Jonathan Beere, Zoran Dresic, Scott Birtwistle and Daniel Payne – were sentenced to a total of 104 years in prison for smuggling £53m of cocaine in 2011.

Danny and Scott have been released on licence (2019 and 2018 respectively), but the others remain imprisoned for crimes they all say they are innocent of.

Day One: Expert evidence
On Day One a radar expert, a chief mate and a marine operations co-ordinator, and a ship-based marine electronics engineer were all crossed-examined by the prosecution counsel about the new radar data that was being presented.

Scott and Danny have both attended the hearing this week, as well as the families of the others.

“It definitely brings back the feelings and shock of the court case and the conviction. It would be amazing if, in the future, all of us can get back to our loved ones and our lives.”

Day Two: Testimonies
On Day Two at the Royal Courts, testimony was heard from one expert instructed by the Applicants’ legal representatives, and the prosecution’s expert witnesses were called, including the original prosecution witness from trial.

“I’m trying to feel positive whilst at the same time trying not to raise my hopes too much. I felt less intimidated going into the court than I did yesterday and found it easier to focus on what the expert witness was saying rather than feeling anxious about where I was.”

The lads, the families and the legal team are back in court this afternoon (Thursday), but say they don’t expect a judgement for a while yet.

We’ll update you once we hear more.